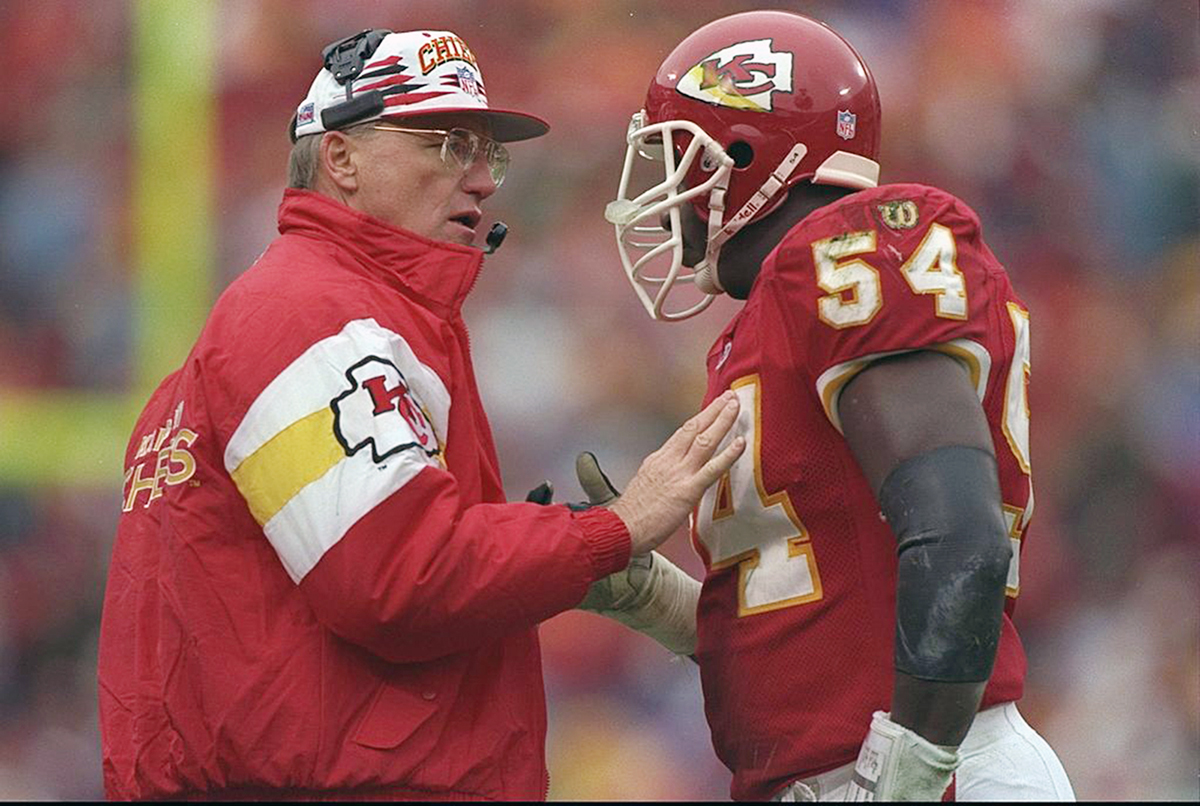 Head coach Marty Schottenheimer of the Kansas City Chiefs (left) talks with his linebacker Tracy Simien during a game against the Green Bay Packers at Arrowhead Stadium in Kansas City, Missouri on Nov. 10, 1996. The Chiefs won the game 27-20. (Jed Jacobsohn/Getty Images/TNS)

Marty Schottenheimer, who won 200 regular-season games with four NFL teams thanks to his “Martyball” brand of smash-mouth football but regularly fell short in the playoffs, has died. He was 77.

Schottenheimer died Monday night in Charlotte, North Carolina, his family said through Bob Moore, former Kansas City Chiefs publicist. He was diagnosed with Alzheimer’s in 2014. He was moved to a hospice on Jan. 30.

Schottenheimer was the eighth-winningest coach in NFL history. He went 200-126-1 in 21 seasons with the Cleveland Browns, Kansas City Chiefs, Washington and San Diego Chargers.