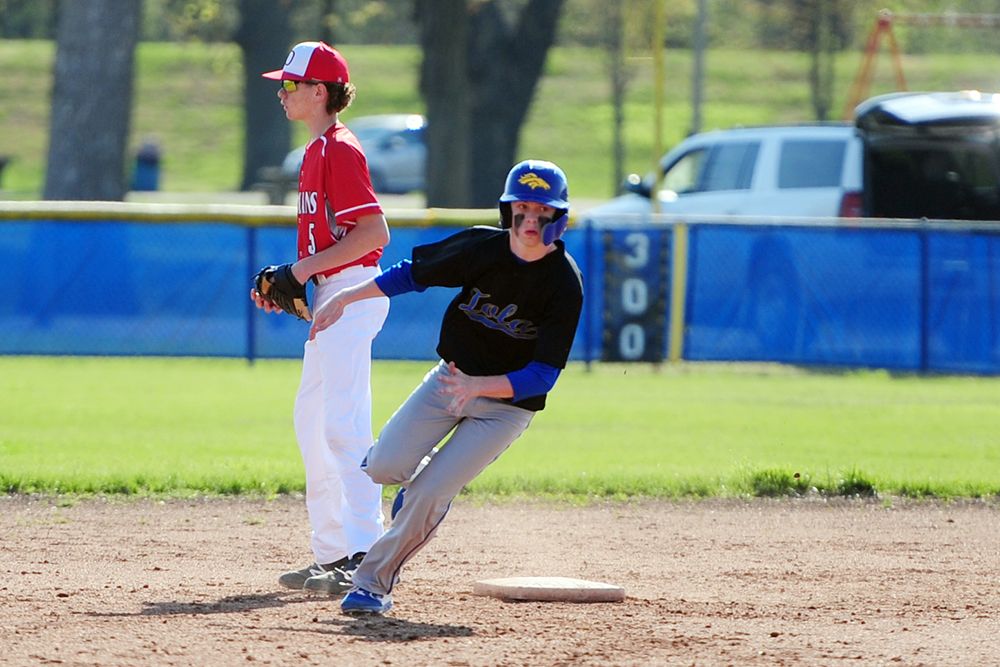 Iola High's JV baseball squad scored nine runs in the first inning to set the tone for the day with a doubleheader sweep of Osawatomie Monday.

Cooper Riley’s three-run shot got things started in the opener as Iola scored nine in the first, five in the second and two in the third to institute a 15-run rule.