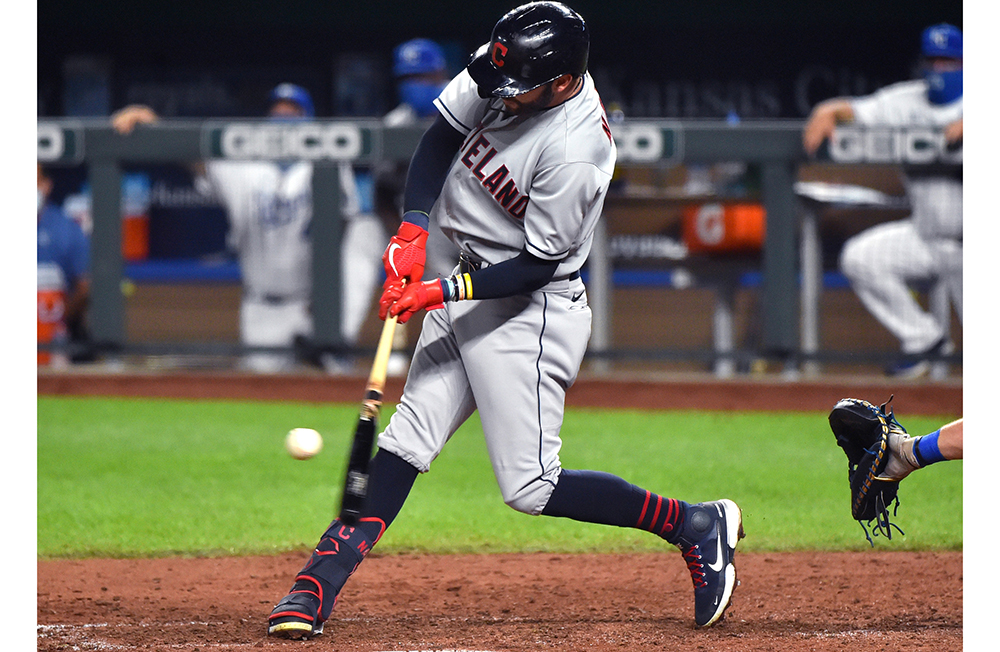 Cleveland's pitching kept Kansas City batters off balance all night Wednesday in a 5-0 loss. Royals starter Jakob Junis pitched well, but left after being hit by a line drive in the fourth inning.

KANSAS CITY, Mo. (AP) — Triston McKenzie tossed six innings of three-hit ball to celebrate his 23rd birthday, Tyler Naquin hit a pair of homers for the only runs of the game, and the Cleveland Indians beat the Kansas City Royals 5-0 on Wednesday night.

McKenzie (2-0) needed just 81 pitches thanks to six strikeouts, no walks and some slick defense behind him. His bullpen went the rest of the way, holding the Royals without a hit over the final three innings.

Naquin’s first homer was a two-run shot off Jakob Junis (0-1) in the second inning. Naquin then provided his relievers with some much-needed breathing room by adding a three-run homer off Scott Barlow in the ninth.