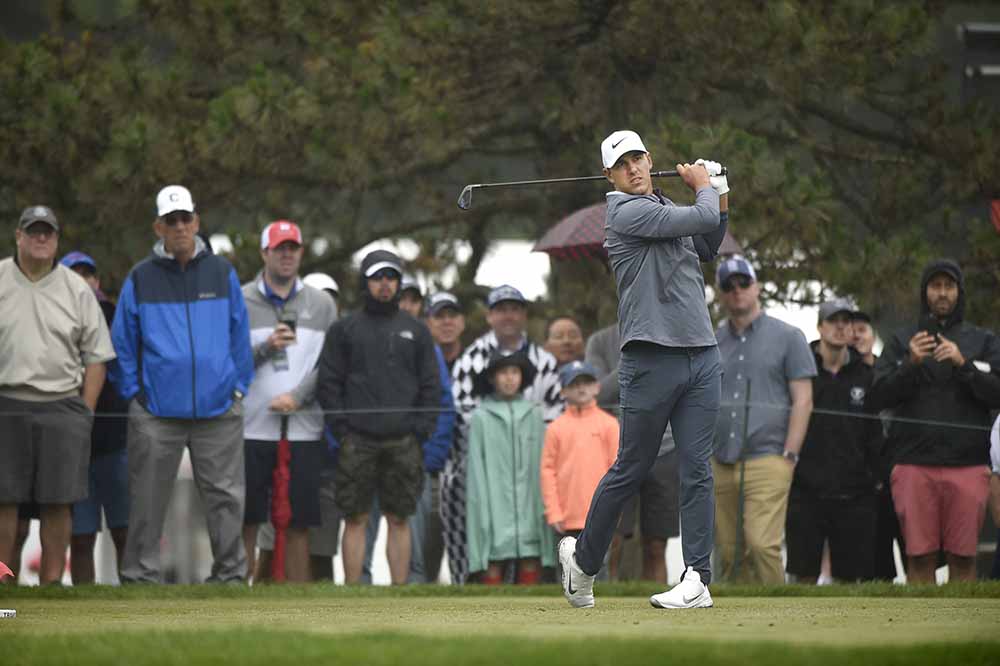 Brooks Koepka watches his tee shot on the 5th hole during the third round of the Travelers Championship at TPC River Highlands in Cromwell, Conn., on June 23, 2018. This year's Travelers Championship will continue as planned despite a golfer and two caddies testing positive for coronavirus. Photo by (John Woike/Hartford Courant/TNS)

Three tournaments is hardly a reasonable sample size. Even so, the numbers have been jarring since the PGA Tour returned to competition.

Mackenzie Hughes opened with a 60 at the Travelers Championship. Rory McIlory has twice posted rounds of 63, and he still hasn’t cracked the top 10 in the three tournaments he has played since the restart. Those are among 56 rounds of 64 or better over the last three weeks.

The PGA Tour put that into even greatest context.