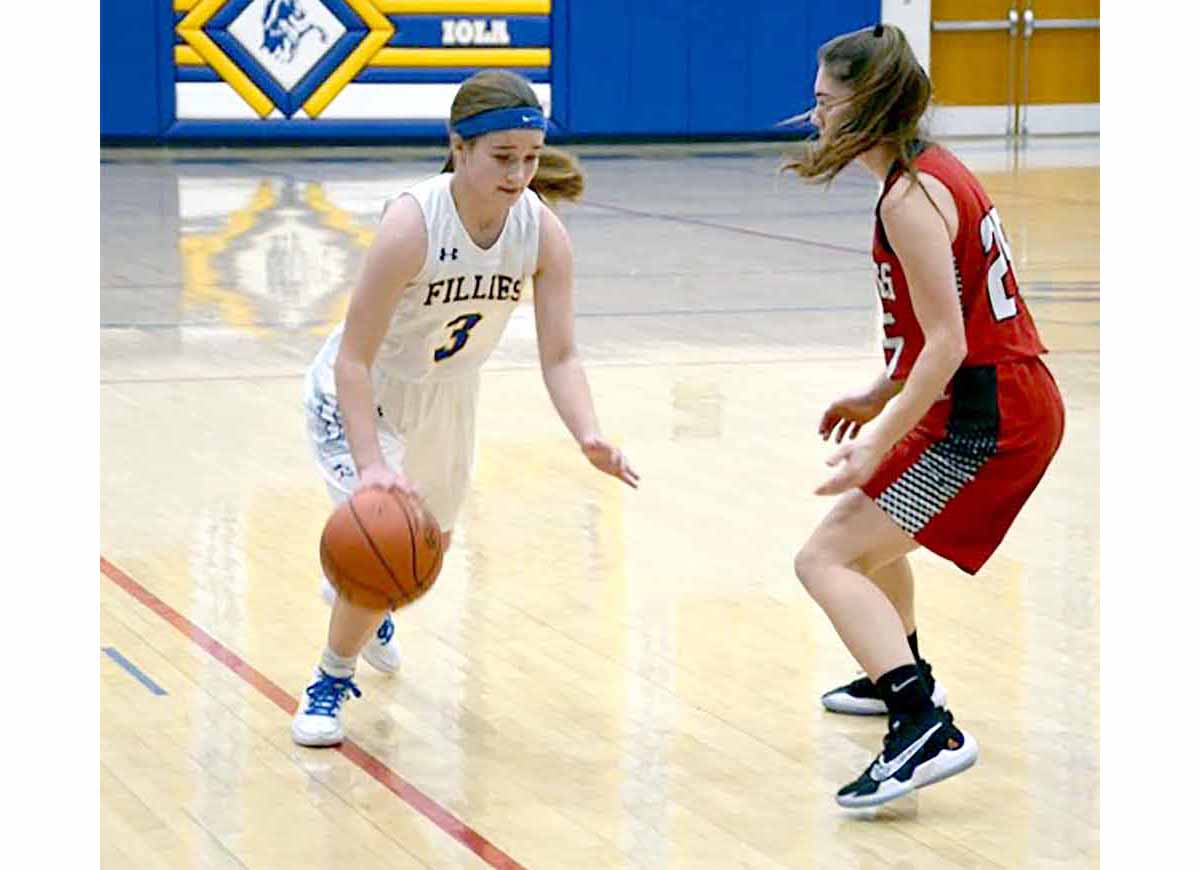 Anderson County stood strong — and tall — against the Iola girls Tuesday evening in their season debut. They're back at it Thursday taking on Osage City.

Kelsey Johnson had a hunch her Iola High Fillies squad might be a little out of sorts Tuesday to kick off the 2020-21 season.

The Fillies were placed under quarantine for the first two weeks of the regular season, returning for a shoot-around on Sunday and a single full-fledged practice on Monday before Tuesday’s opener against Anderson County.

“With a new offense, in a new year and coming off quarantine, I definitely expected the turnovers,” she said. “But, I didn’t expect that many.”