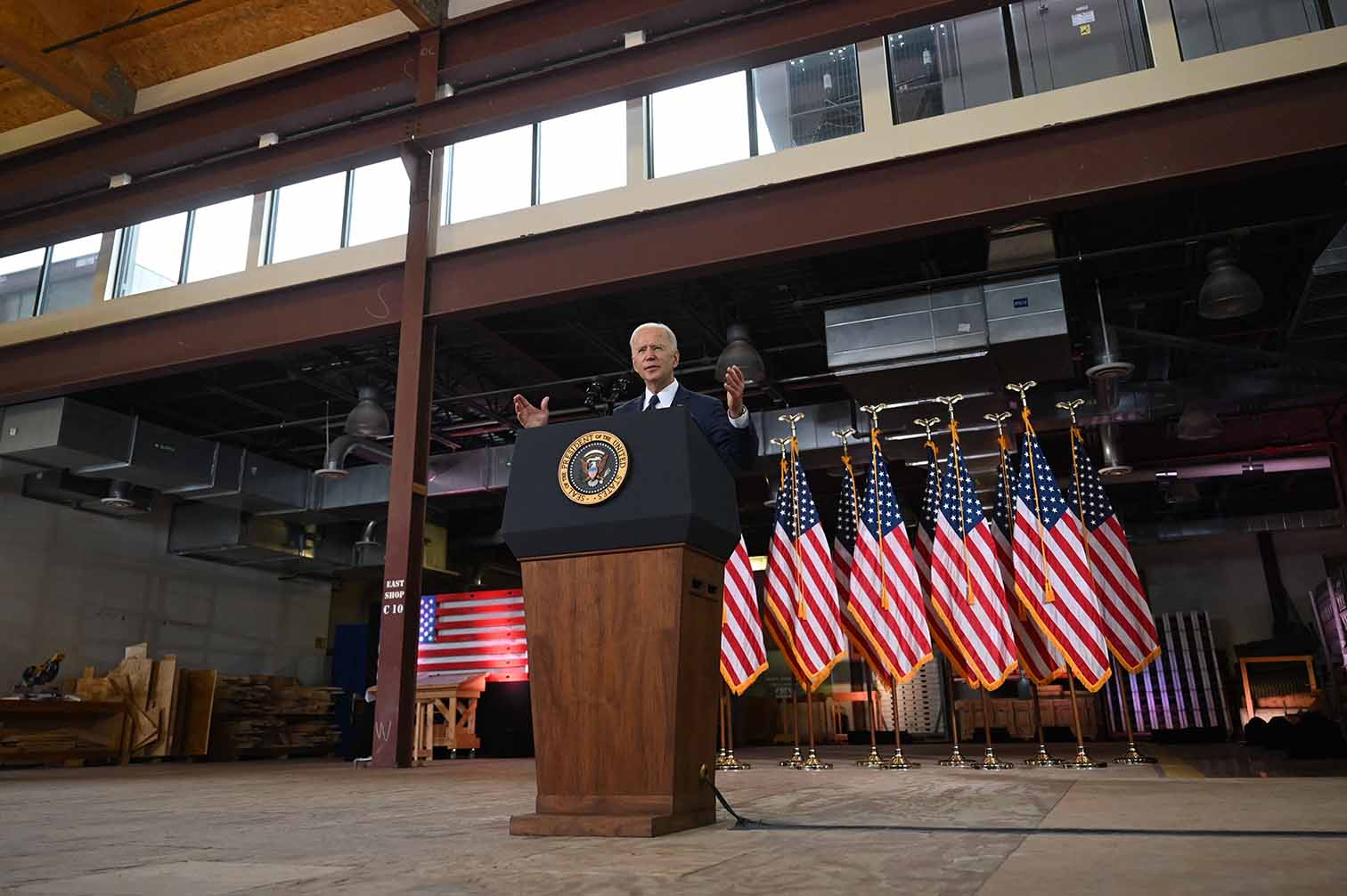 President Joe Biden outlined a $2.3 trillion infrastructure plan that will create jobs and shift the country away from fossil fuels

PITTSBURGH (AP) — President Joe Biden outlined a huge $2.3 trillion plan Wednesday to reengineer the nation’s infrastructure in what he billed as “a once-in-a-generation investment in America” that would undo his predecessor’s signature legislative achievement — giant tax cuts for corporations — in the process.

Speaking at a carpenters union training center in Pittsburgh, Biden drew comparisons between his hard-hatted proposed transformation of the U.S. economy and the space race — and promised results as grand in scale as the New Deal or Great Society programs that shaped the 20th century.

“It’s not a plan that tinkers around the edges,” Biden said. “It’s a once-in-a-generation investment in America unlike anything we’ve seen or done since we built the interstate highway system and the space race decades ago. In fact, it’s the largest American jobs investment since World War II. It will create millions of jobs, good-paying jobs.”