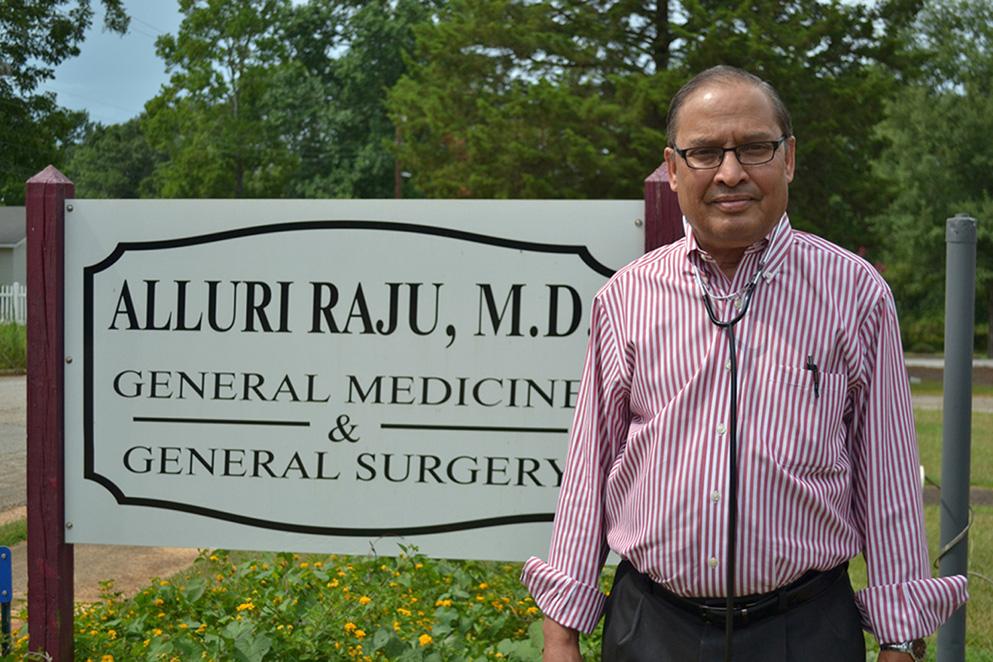 Immigrant doctors serve crucial role in the US

Dr. Alluri Raju has been practicing in the rural Georgia town of Richland for 37 years. He is now the only doctor in town. (Katja Ridderbusch/Kaiser Health News/TNS)

ATLANTA  Dr. Alluri Raju, a native of India, vividly remembers how his ethnicity prompted concern and discrimination in the southwest Georgia town of Richland. Doctors there hesitated to grant the family practitioner and general surgeon privileges to the local hospital when he arrived in 1981.

I guess they wanted to cut me off so that I wouldnt be a competitor, he recalled.

Yet, in the 37 years Raju has been practicing in Richland, more than 20 doctors have come and gone and hes the only physician left  not just in Richland, but in all of Stewart County and neighboring Webster County, an area roughly half the size of Rhode Island with a population of more than 8,000.