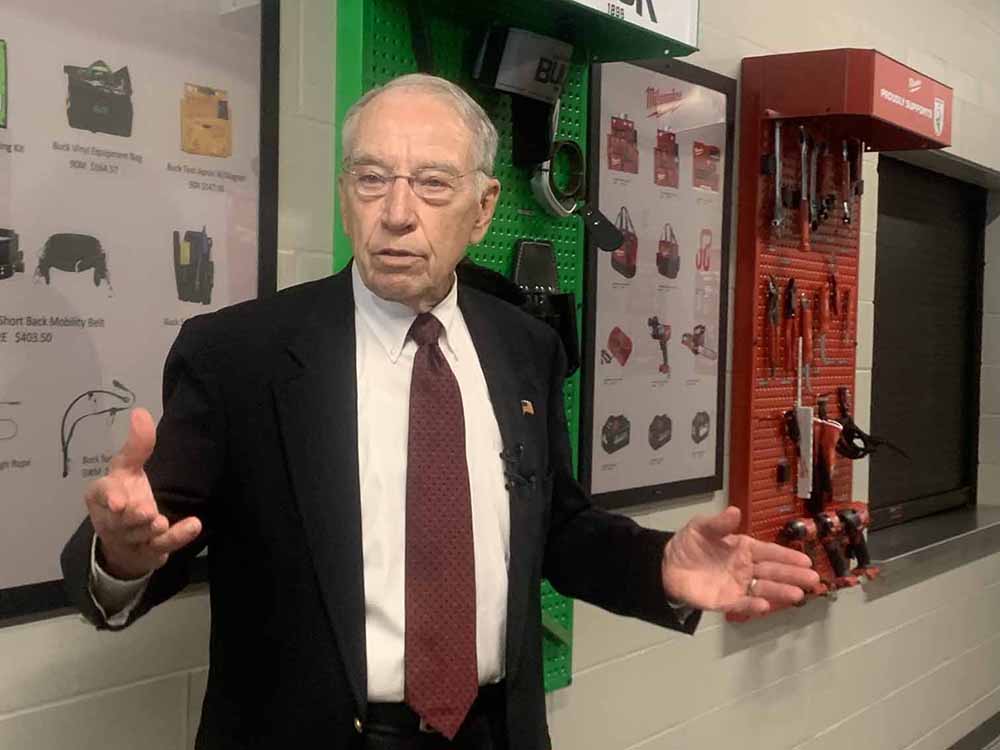 Congressional Republicans objected to plans to investigate threats made against local school board members and teachers. They cited free speech concerns.

U.S. Sen. Chuck Grassley, R-Iowa, says violence has no place in civic discourse, but parents should be involved in public debates about what public schools teach their children. Photo by (Katie Akin/Iowa Capital Dispatch)

WASHINGTON — Congressional Republicans on Thursday objected to a move by the Justice Department to investigate violent threats made against local school board members and teachers, arguing that the federal agency is “policing the speech of citizens and concerned parents.”

“Violence and true threats of violence should have no place in our civic discourse, but parents should absolutely be involved in public debates over what and how our public schools teach their children, even if those discussions get heated,” according to a letter led by Iowa Sen. Chuck Grassley, the top Republican on the U.S. Senate Judiciary Committee.

Attorney General Merrick Garland earlier this week directed the FBI to meet with local governments and law enforcement officials to probe increasingly frequent clashes at school board meetings over mask mandates and discussions of race in public schools. His action followed a Sept. 29 plea for help from the National School Boards Association to President Joe Biden, in which school meetings in Georgia, Florida, Michigan, Ohio, New Jersey, Virginia, Wisconsin, Tennessee and Nevada were cited.