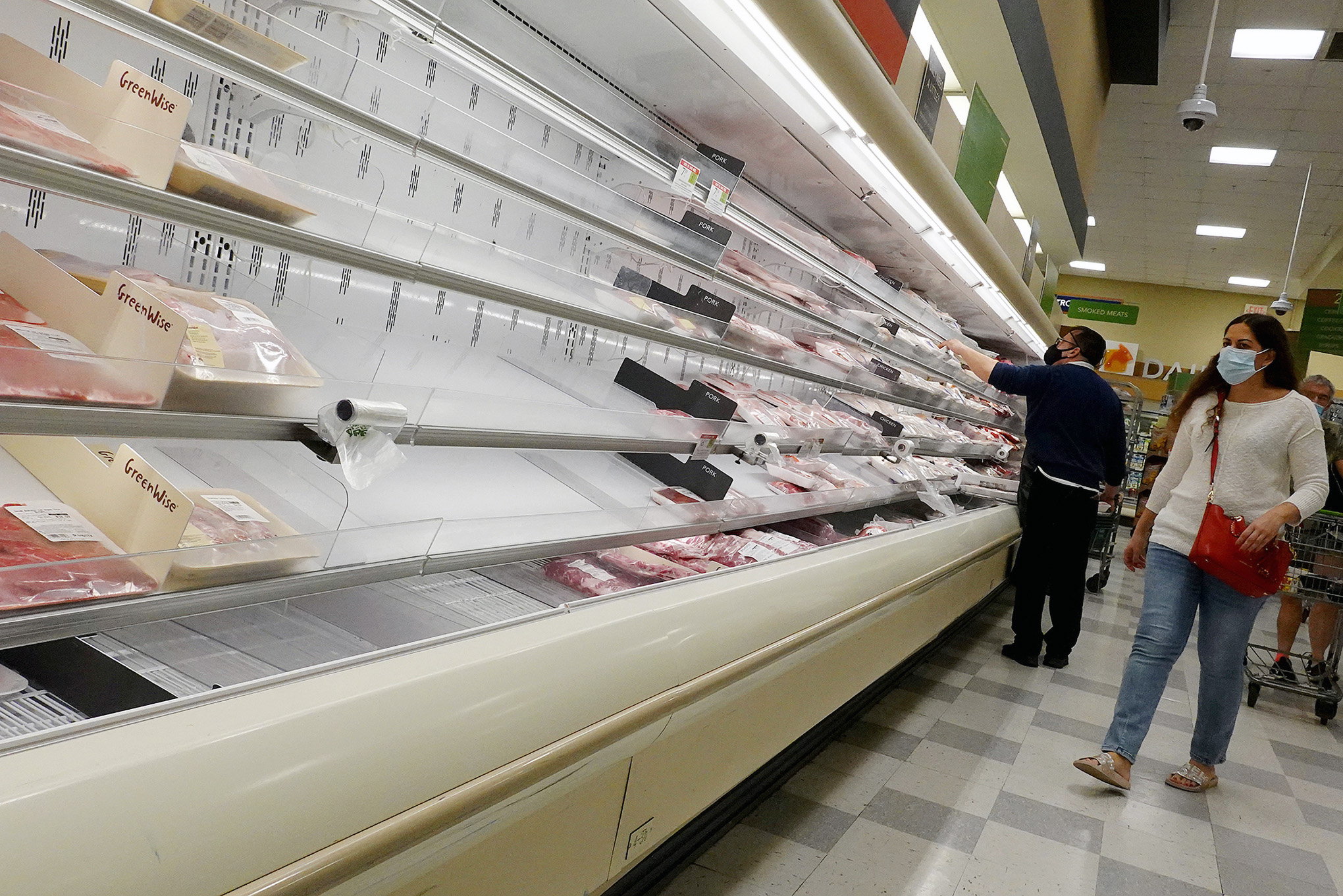 U.S. consumer prices rose by 7% in 2021, the largest such gain since 1982, according to Labor Department data. The increase in the CPI was led by higher prices for shelter and used vehicles.

Shelves displaying meat are partially empty as shoppers makes their way through a supermarket Tuesday, in Miami, Florida. The coronavirus Omicron variant is still disrupting the supply chain causing some empty shelves at stores. Photo by (Joe Raedle/Getty Images/TNS)

U.S. consumer prices soared last year by the most in nearly four decades, illustrating red-hot inflation that sets the stage for the start of Federal Reserve interest-rate hikes as soon as March.

Excluding the volatile food and energy components, so-called core prices accelerated from a month earlier, rising by a larger-than-forecast 0.6%. The measure jumped 5.5% from a year earlier, the biggest advance since 1991.