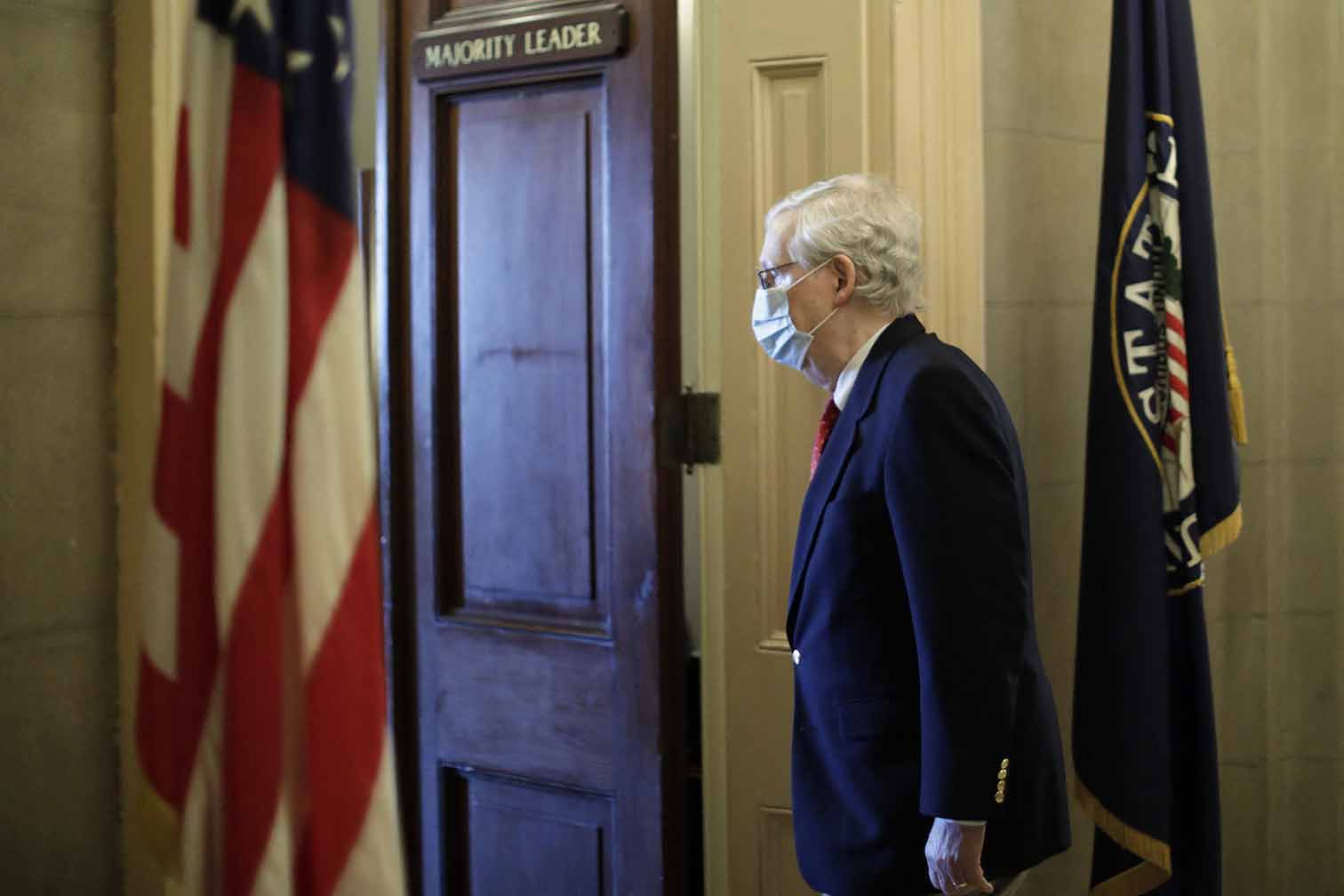 Senate Republican leader blames President Trump for deadly riot at the Capitol two weeks ago, ahead of a second impeachment trial.

WASHINGTON (AP) — Senate Republican leader Mitch McConnell on Tuesday explicitly blamed President Donald Trump for the deadly riot at the Capitol, saying the mob was “fed lies” and the president and others “provoked” those intent on overturning Democrat Joe Biden’s election.

Ahead of Trump’s historic second impeachment trial, McConnell’s remarks were his most severe and public rebuke of the outgoing president. The GOP leader is setting a tone as Republicans weigh whether to convict Trump on the impeachment charge that will soon be sent over from the House: “incitement of insurrection.”

“The mob was fed lies,” McConnell said. “They were provoked by the president and other powerful people, and they tried to use fear and violence to stop a specific proceeding of the first branch of the federal government which they did not like.”