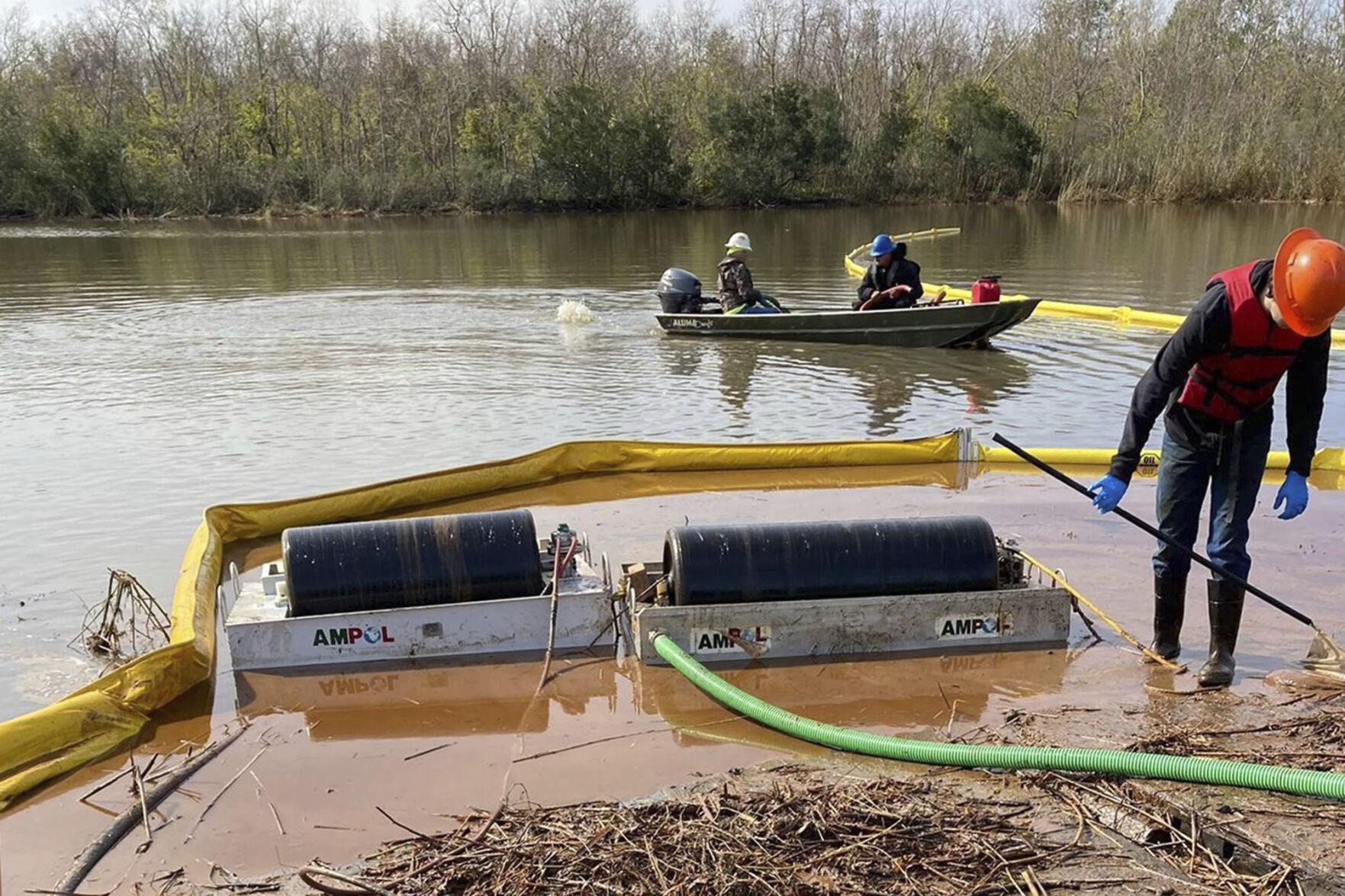 More than 300,000 gallons of diesel spill from ruptured La. pipeline

A 16-inch diesel pipeline ruptured near New Orleans, spilling more than 300,000 gallons of diesel fuel. The leak was discovered Dec. 27 near a parish just east of New Orleans, and had not been publicly reported until now.

NEW ORLEANS (AP) — A severely corroded pipeline ruptured and spilled more than 300,000 gallons of diesel fuel just outside New Orleans after the operator delayed needed repairs, according to federal records.

Most of the fuel drained into two artificial ponds called “borrow pits” and thousands of fish, birds and other animals were killed, state and local officials said Wednesday. The spill also contaminated soil, according to state and federal officials.

The pipeline’s owner said 315,000 gallons of fuel with some water mixed in had been skimmed and recovered, primarily from the ponds. Cleanup work is ongoing.