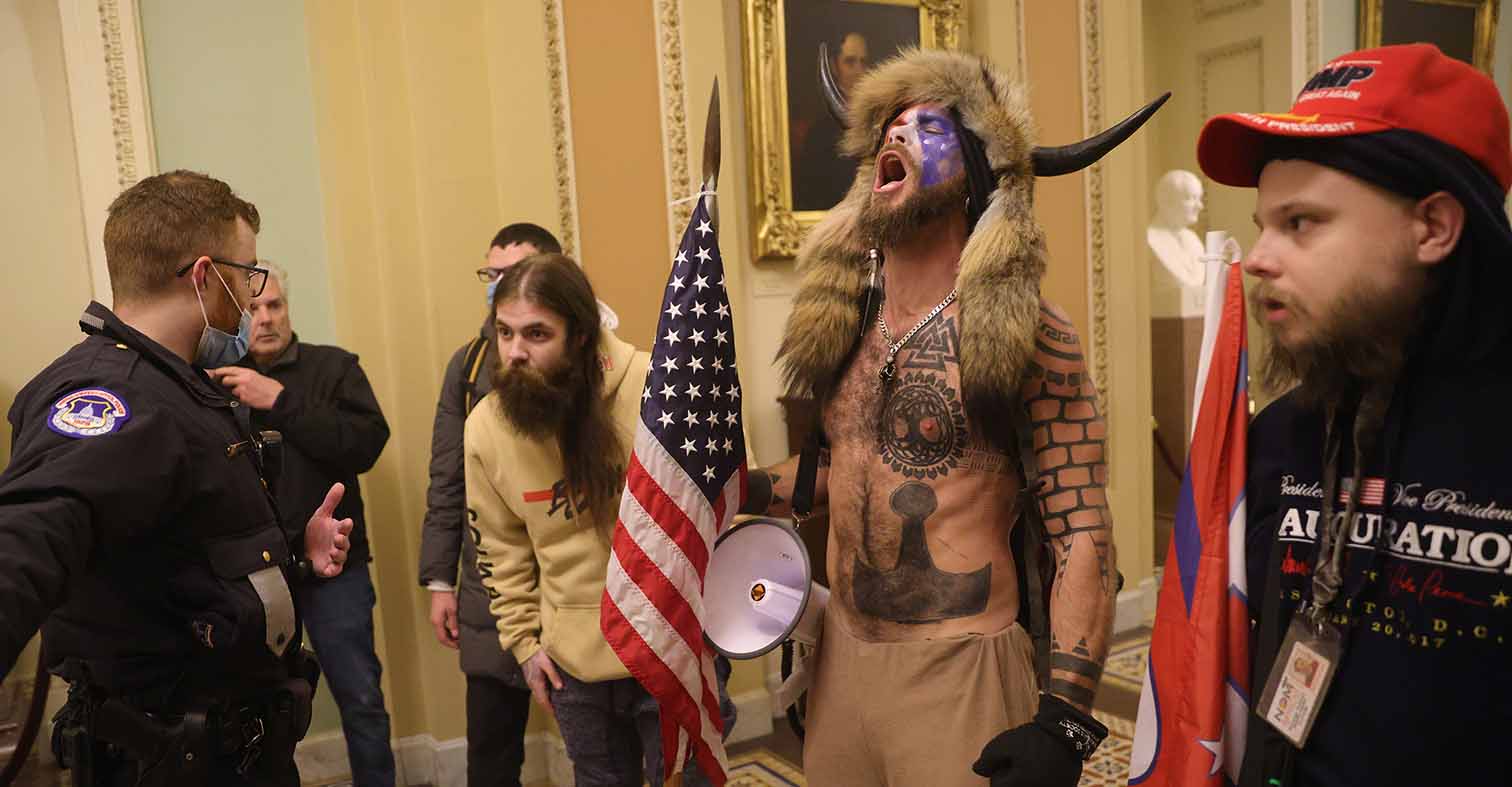 QAnon ‘Shaman’ sentenced to 41 months for role in Jan. 6 riot

Not long after the attack, Mr. Chansley’s lawyer asked then-President Trump to pardon him and later offered to have him testify at the former president’s second impeachment trial.

Jacob Chansley, the spear-carrying Jan. 6 rioter whose horned fur hat, bare chest and face paint made him one of the more recognizable figures in the assault on the Capitol, was sentenced Wednesday to 41 months in prison.

Chansley, who pleaded guilty to a felony charge of obstructing an official proceeding, was among the first rioters to enter the building. He has acknowledged using a bullhorn to rile up the mob, offering thanks in a prayer while in the Senate for having the chance to get rid of traitors and scratching out a threatening note to Vice President Mike Pence saying, “It’s Only A Matter of Time. Justice Is Coming!”

Two weeks after the presidential race ended, Chansley was already promoting violence online, prosecutors say, posting a message that read, “We shall have no real hope to survive the enemies arrayed against us until we hang the traitors lurking among us.”