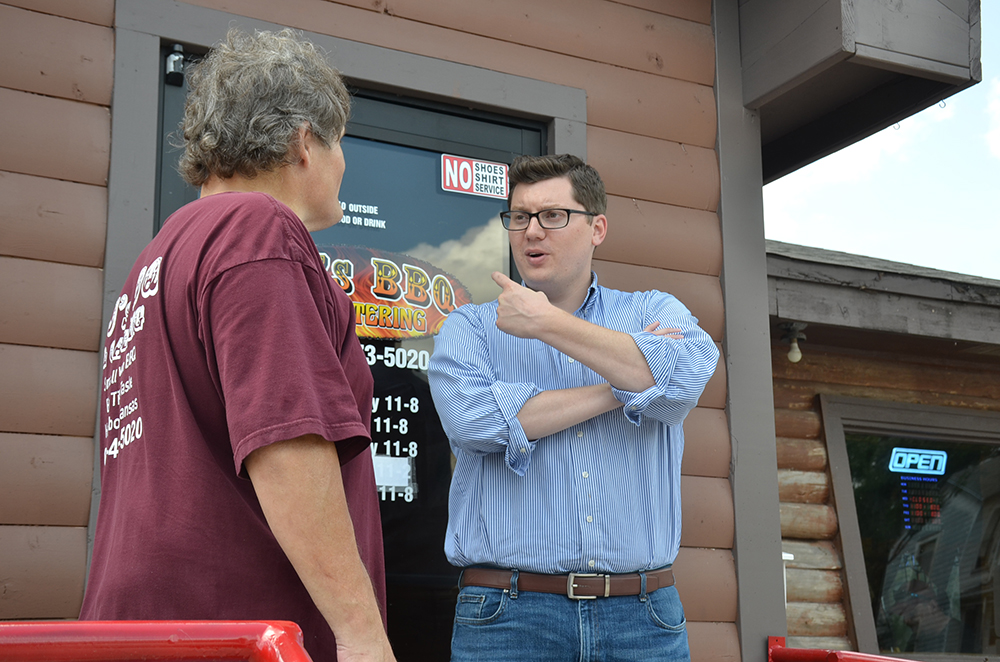 Watkins and LaTurner battled for the GOP nomination with Dennis Taylor, a Topeka lawyer and businessman with a long career in state and local government.

State Treasurer Jake LaTurner unseated Watkins after arguing that the criminal charges against Watkins made an already vulnerable incumbent an even worse bet with Democrats sensing an opportunity to pick up the 2nd District seat in eastern Kansas despite its Republican leanings. Watkins had largely toed the conservative line and vocally supported President Donald Trump in Congress.

“It’s time to look to the future,” LaTurner told his supporters at a Topeka hotel. “It’s time to unite this party.”