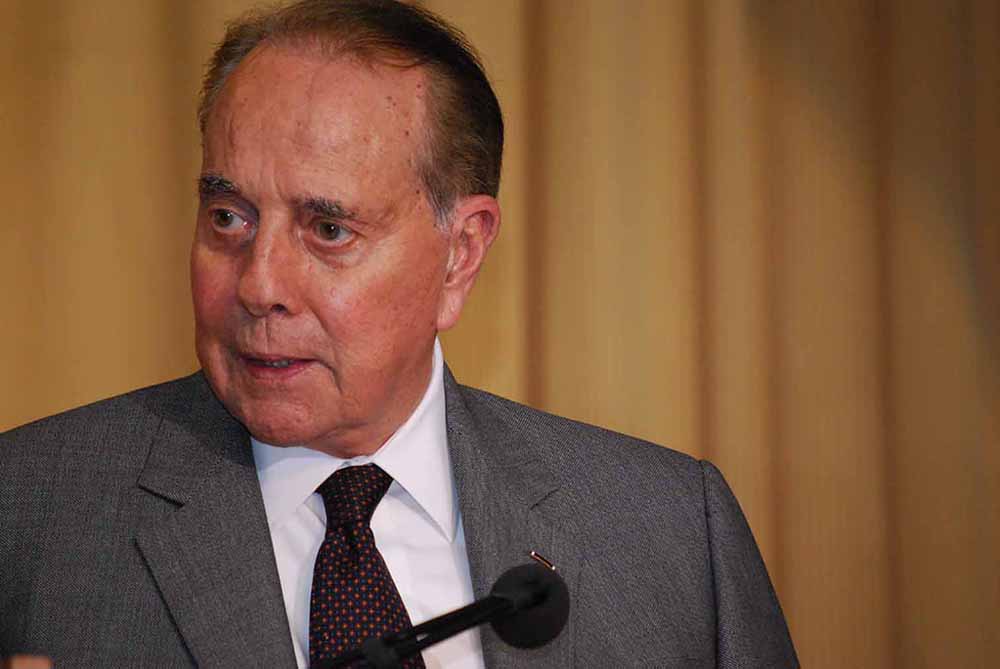 A Kansas icon, the former Senate leader and presidential candidate dies at 98

TOPEKA, Kan. (AP) — Bob Dole, who overcame disabling war wounds to become a sharp-tongued Senate leader from Kansas, a Republican presidential candidate and then a symbol and celebrant of his dwindling generation of World War II veterans, has died. He was 98.

His wife, Elizabeth Dole, said in an announcement posted on social media that he died early Sunday morning in his sleep.

Dole announced in February 2021 that he’d been diagnosed with stage 4 lung cancer. During his 36-year career on Capitol Hill, Dole became one of the most influential legislators and party leaders in the Senate, combining a talent for compromise with a caustic wit, which he often turned on himself but didn’t hesitate to turn on others, too.

Columnists
Bob Dole’s politics were hardball, but not toxic
National News
Dole remembered as ‘giant in our time’
State News
Dole to lie in state at US Capitol
News
Brownback makes sweep through Iola Saturday