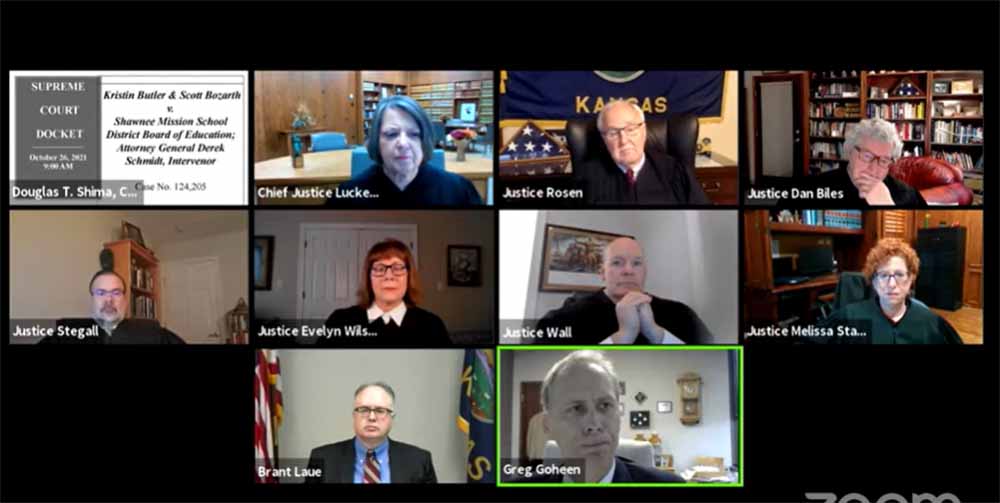 A lawsuit over face masks in schools led the Kansas Supreme Court to debate due process rights, separation of powers, legislative authority and judicial independence.

At the core of the dispute is whether to let stand a Johnson County District Court judge’s ruling that Senate Bill 40, which granted parents extraordinary authority to challenge COVID-19 pandemic orders, was unconstitutional. The school district’s attorney argued the district court justifiably waded into constitutional waters to denounce the law, but an attorney representing the Kansas attorney general urged justices to reverse the lower court because the judge improperly considered the case.

In August, the state’s highest court stayed the district court ruling to provide a window to consider issues raised by the judicial drama.