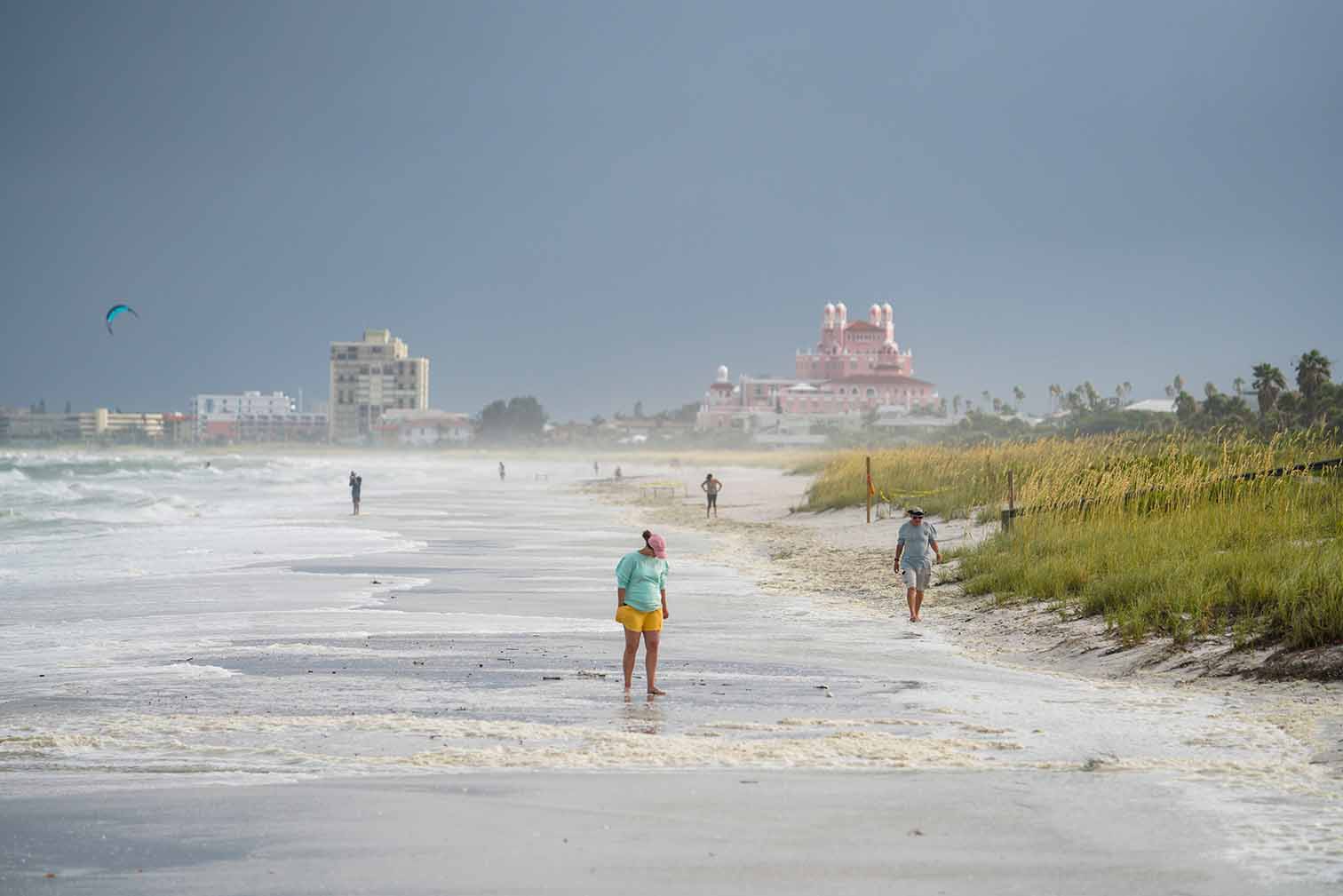 Tropical storm kills 1 in Florida; injures 10 at Georgia base

Tropical Storm Elsa left behind a path of destruction along the east coast. Death and injuries followed.

Beach goers walk along the sand on Pass-a-Grille the morning after Tropical Storm Elsa moved over the Tampa Bay Area Wednesday in St. Pete Beach.

SAVANNAH, Ga. (AP) — Tropical Storm Elsa carved a destructive and soaking path up the East Coast after killing at least one person in Florida and spinning up a tornado at a Georgia Navy base that flipped recreational vehicles upside-down and blew one of them into a lake.

Elsa’s winds weakened to 40 mph, but it was dropping torrential rains over the Carolinas as it made its way through South Carolina early Thursday, the National Hurricane Center said in its latest update. Elsa was expected to move over North Carolina later in the day, pass near the eastern mid-Atlantic states by Thursday night and move near or over the northeastern United States on Friday.

Some re-strengthening was possible Thursday night and Friday while the system moves close to the northeastern United States.