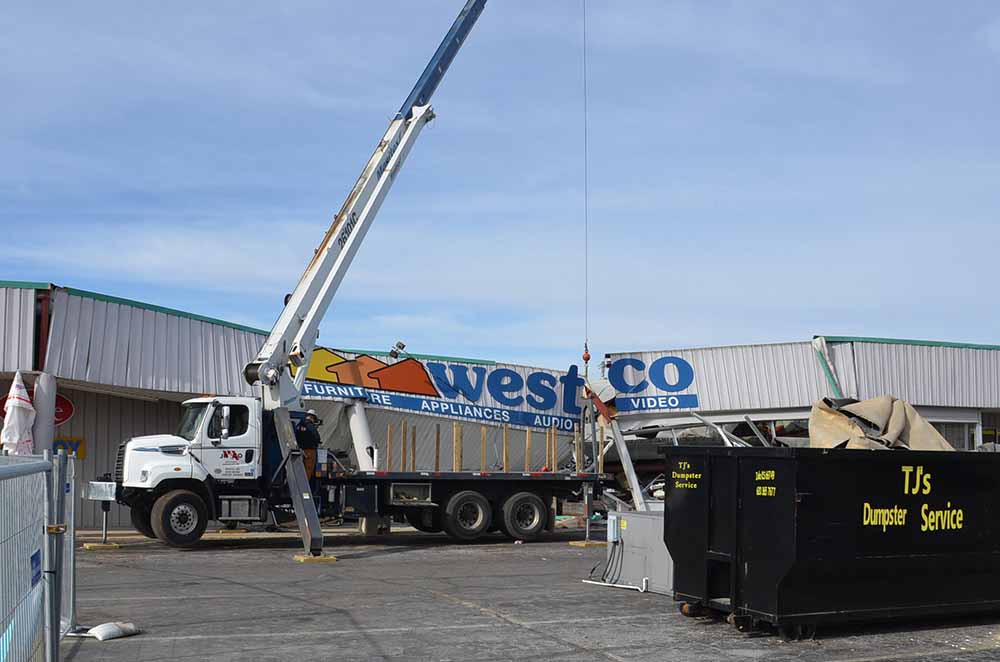 Crews are removing the former West furniture building that collapsed during a rainstorm, and preparing the old Country Mart store down the block as a new location.

Crews have begun work on the collapsed roof of Iola Westco, above. The furniture store will move down the block to the old Country Mart venue. Photo by Richard Luken / Iola Register

Four months after Iola’s Westco outlet was shuttered when its roof collapsed during a torrential rainstorm, work has begun to move the furniture store down the block.

Crews began a two-pronged effort this week to rehab the shopping plaza building in the 700 block of North State Street.

The old Country Mart store area is being gutted and refurbished to house the furniture store.

It will require entirely new electrical and climate control systems, as well as new plumbing fixtures, noted Gary Hoffmeier of Hoffmeier Electric, one of the contractors involved in the work.

Meanwhile, the demolition of the collapsed portion of the same building also has begun.

A large crane was on site Wednesday to remove rooftop air-conditioning units and other large pieces of debris.

Once the area is cleared, the site will be sealed off until it can be fully rebuilt.