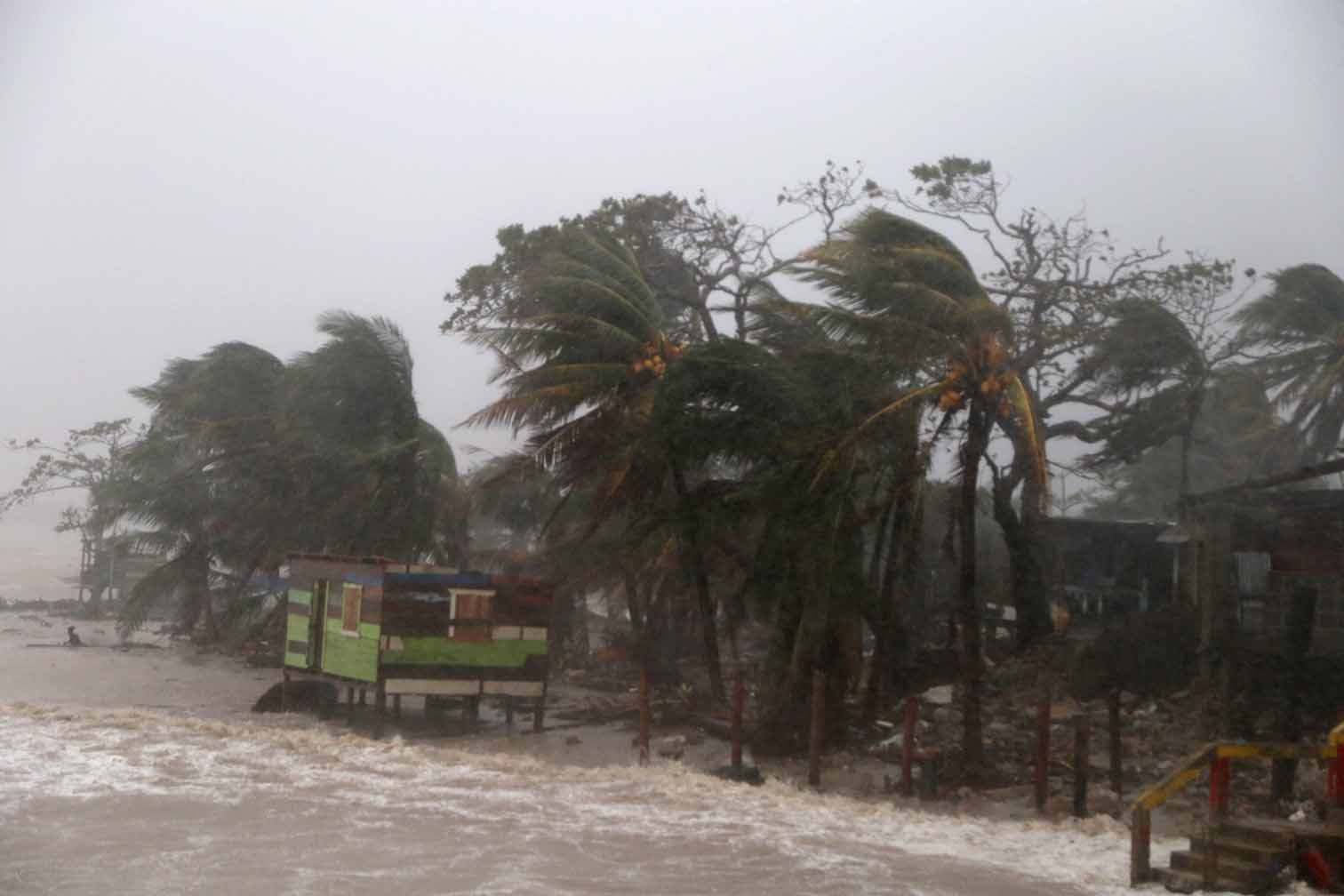 PUERTO CABEZAS, NICARAGUA - NOVEMBER 16: Palm trees blow by wind as Nicaragua prepares to receive hurricane Iota on November 16, 2020 in Puerto Cabezas, Nicaragua. Less than two weeks after being hardly affected by Hurricane Eta, villagers of Puerto Cabezas take precautions before landfall of Iota. Iota is the 13th hurricane of the season to hit the Atlantic coast and has already strengthened to category five, threatening the area with catastrophic winds and heavy rains. Photo by (Maynor Valenzuela/Getty Images/TNS)

TEGUCIGALPA, Honduras (AP) — Hurricane Iota battered Nicaragua’s Caribbean coast and flooded some stretches of neighboring Honduras that were still under water from Hurricane Eta two weeks earlier, leaving authorities struggling to assess damage after communications were knocked out in some areas.

By late Tuesday, Iota had diminished to a tropical storm and was moving inland over northern Nicaragua and southern Honduras, but forecasters warned that its heavy rains still posed a threat of flooding and mudslides. It had maximum sustained winds of 40 mph and was spinning westward at 12 mph.

The storm passed about 25 miles south-southwest of Tegucigalpa, the capital of Honduras, where rivers were rising and rain was expected to intensify. In mountainous Tegucigalpa, residents of low-lying, flood-prone areas were being evacuated in anticipation of Iota’s rains, as were residents of hillside neighborhoods vulnerable to landslides.