To enable Groves to ship potatoes across the U.S. and into Mexico and Canada, the Union Pacific Railroad built a spur line to his property in Edwardsville. 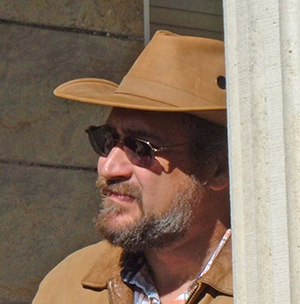 The success of “Tiger King” has me wondering if executives at Netflix would be interested in a story called “Potato King.”  While I patiently await their response — no word yet — I’ll try it out on readers of Kansas Reflector. It wouldn’t be surprising if Hollywood passed on a story centered on Kansas, even less on one about a Black farmer who became one of the richest people in the United States.

Junius George Groves was 6 years old when the 13th Amendment abolished slavery in 1865. We know little about his life in central Kentucky before 1879, at which time he joined thousands of “Exodusters,” Black migrants fleeing the South after Reconstruction, to make homes in Kansas. Groves worked for landowners west of Kansas City and in 1880 married Mathilda Stewart from Missouri. Besides raising several children, together they rented farmland in Wyandotte County and grew white potatoes.

Many people today confuse Exodusters with the settlers who founded Nicodemus, an all-Black colony in Graham County. Nicodemus began earlier, in 1877, yet both originated from the same tradition: The assumptions that true freedom required land and Kansas with its free-state reputation offered more of both than did southern cotton fields.