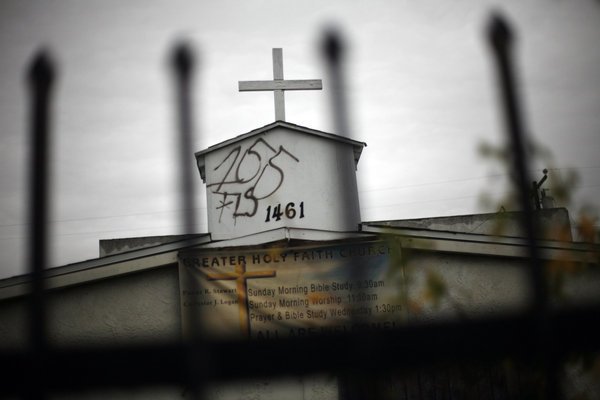 Graffiti mars the steeple on the Greater Holy Faith Baptist Church on 155th Street in Compton in January. Cases of vandalism make up close to one-third of reported hate crimes, according to a new report. Photo by Tribune News Service

Confirming with statistics what too many Americans have seen with their own eyes, the FBI Monday reported that in 2019, hate-motivated crimes rose to their highest level in more than a decade, and hate-motivated homicides hit an all-time high.

That rising tide should trigger a series of swift steps by Joe Biden when he assumes the presidency.