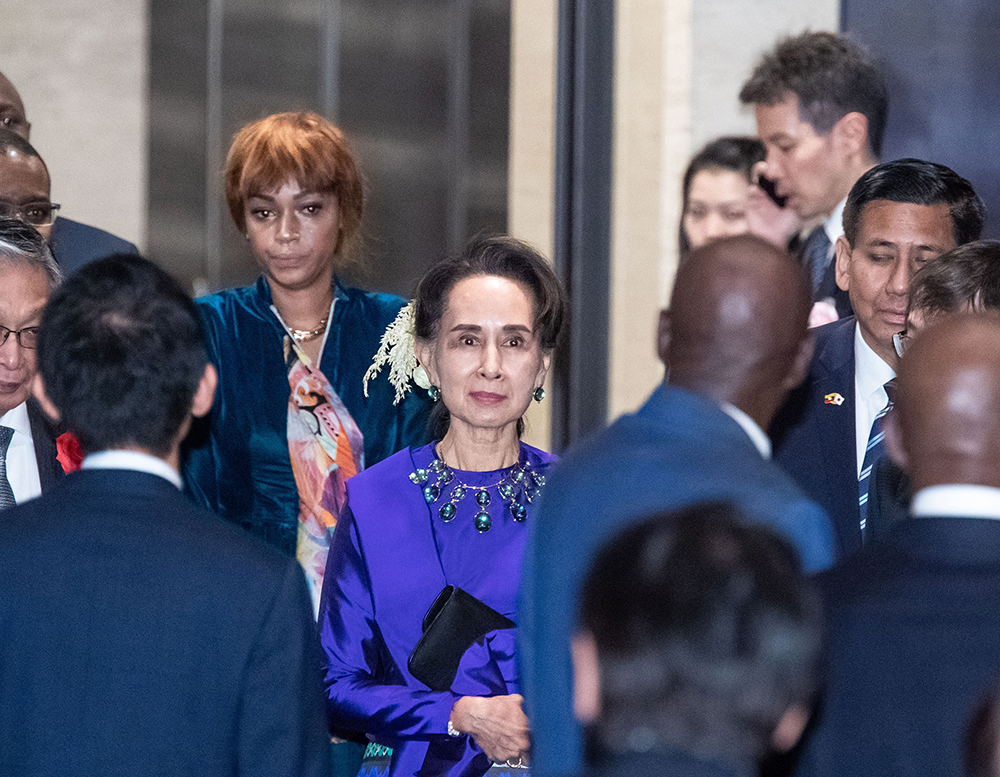 Military coup in Myanmar an outrage

Country faces a return to a military dictatorship after enjoying a decade of democracy.

The Biden administration’s pledge to defend democracy around the world faces an early test following the military coup Monday in Myanmar, which wiped out the civilian government and partial democracy that the United States helped to establish. President Biden quickly called for a reversal of the crackdown, but that will require robust U.S. action against the coup leaders and the coordination of joint actions by other major democracies — especially U.S. allies in Asia.

The arrest of leader Aung San Suu Kyi and top officials of her ruling National League for Democracy (NLD) party came just before the first meeting of parliament following elections in November. As in the 2015 vote that ended direct military rule, the NLD won a crushing landslide, limiting the military’s front party to 33 out of 476 seats. In an echo of the U.S. election, the generals responded with evidence-free claims of fraud; their allegations that defective voter registrations could have enabled ballot-stuffing eerily resembled those of former president Donald Trump. In fact, as we wrote at the time, the election was flawed — but not in the way the military claimed. Parties representing ethnic minorities suffered discrimination, and many districts were prevented from voting because of ongoing military campaigns.

The prime mover of the coup was probably armed forces commander Gen. Min Aung Hlaing, who was named the country’s ruler for a year-long period of martial law. The general, who was due to retire in July, harbored political ambitions that appeared unlikely to be met within the political system the military established a decade ago, which grants the armed forces exceptional power but provides for civilian governments chosen by elections. Aung San Suu Kyi, who won the Nobel Peace Prize for her previous resistance to military rule, destroyed her reputation in the West by defending the military’s genocidal campaign against the Rohingya minority in 2017. But animosity between her and military leaders remained high, in part because of her efforts to change the constitution to eliminate the generals’ privileged status.