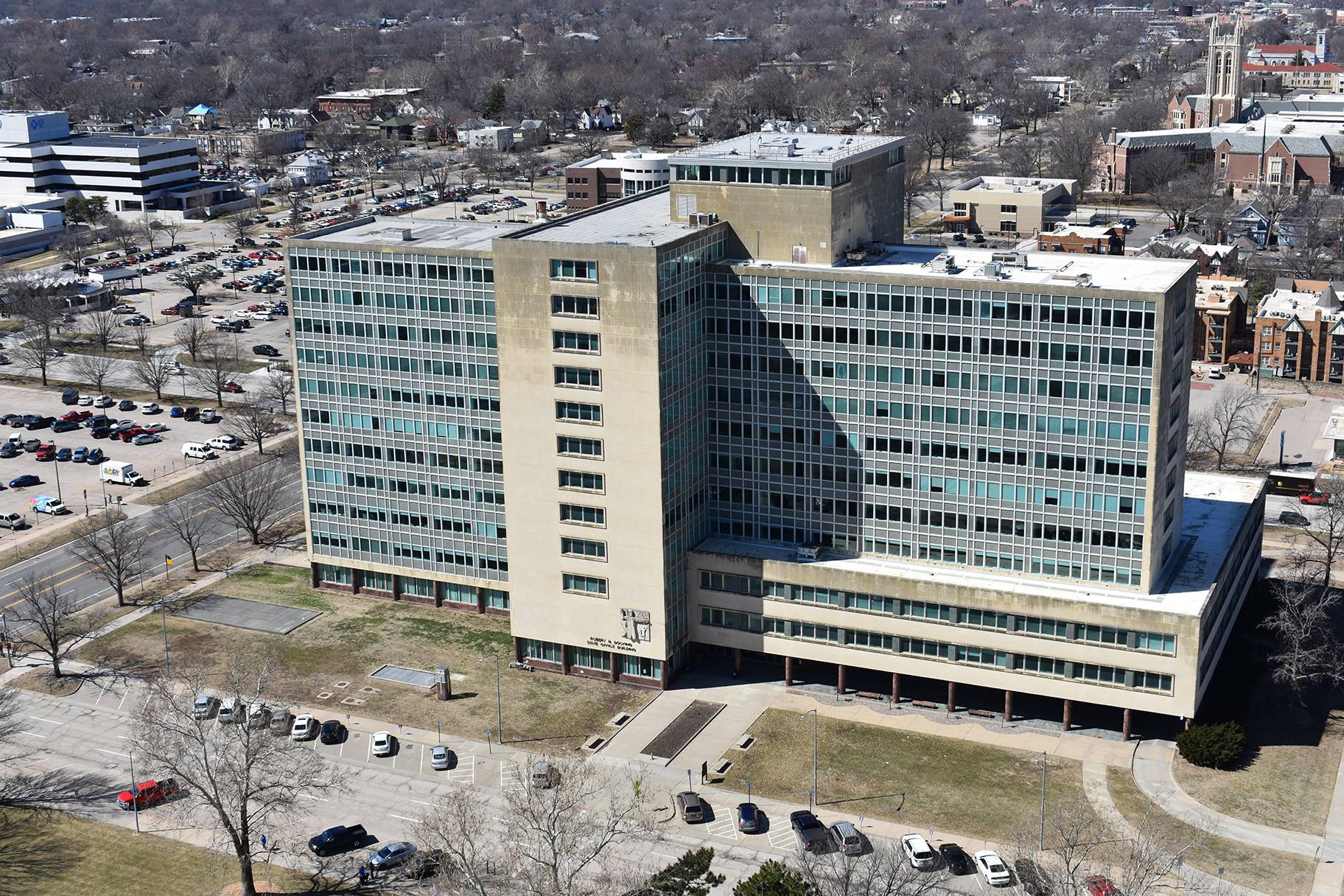 The Robert B. Docking Office Building in Topeka. Photo courtesy of the Topeka Capital-Journal

It just stands there, all 13 floors, abandoned and alone.  Once the hub of Kansass administrative activity, the Robert B. Docking Office Building is empty and orphaned, its previously vibrant departments now slimmed-down and parceled out to rented space and other cities.

In the late 1940s, the State Building Commission foresaw the need for a major office building that would house at least 11 agencies and boards.  Docking (given its name by the Carlin Administration in 1987) was built between 1954 and 1957, at roughly the same time as the Kansas Turnpike, which has aged far more gracefully. In its day, Docking stood as a progressive architectural statement of a forward-looking Kansas, much like the Turnpike. When constructed, at a cost of $9 million, the massive office building was an investment in an expectant future, even before Kansas government began to expand dramatically in the 1960s and beyond.

Throughout the 20th Century, Docking served its purpose well, requiring occasional updating to its heating and cooling systems and eventually coming to sit atop a large energy/mechanical system that continues to serve eight buildings in the Capitol Complex, including the statehouse.

Editorials
At last, progress is being made on Docking building in Topeka
Opinion
Capitol offenses still plague Kansas
News
State donates $10M in equipment to K-State
opinions
Ike’s memorial in Abilene to get major remodeling