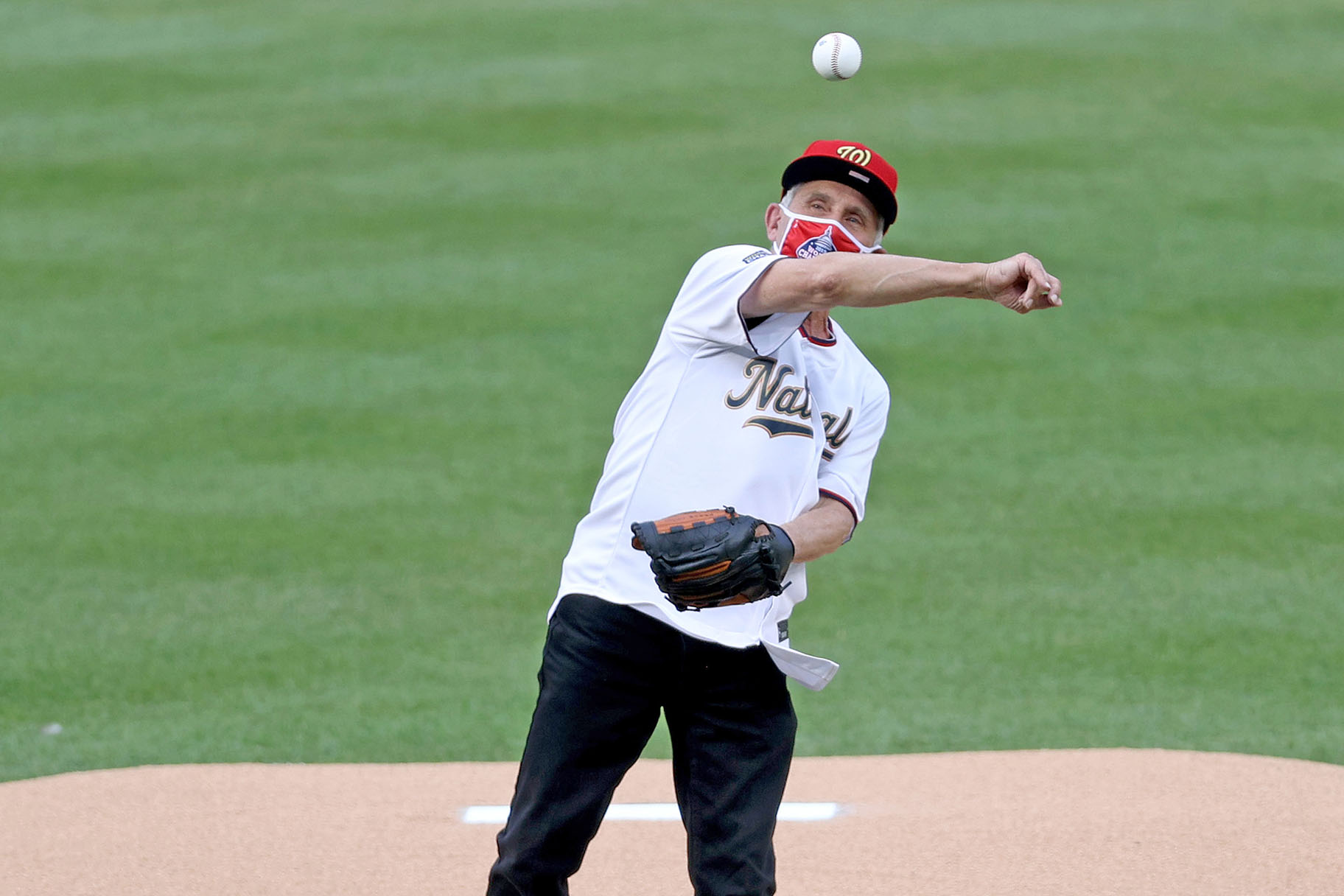 Pandemic had a head start on season

"How long before star players drop out rather than show up in Miami, for example? Or teams have to field minor leaguers? Or what happens the day there’s a fatality? We mourn a life lost to cable television ratings? It’s one thing to risk lives for the greater good, it’s another to do so for the nation’s entertainment."

By THE BALTIMORE SUN

Dr. Anthony Fauci, director of the National Institute of Allergy and Infectious Diseases, throws out the ceremonial first pitch prior to a game between the New York Yankees and the Washington Nationals at Nationals Park in Washington, D.C., on Friday, July 23, 2020. (Rob Carr/Getty Images/TNS)

Decades before the nation’s pastime was invented, Robert Burns captured the essence of the sport from far way in Scotland with his observation about how the best laid plans of mice and men often go awry. Baseball has proven this adage over and over again. Take the 1969 New York Mets besting the Baltimore Orioles. Please. Or Bill Buckner’s fielding in the 1986 World Series. Or maybe the idiot who thought 10-cent beer night in Cleveland in 1974 was a wonderful idea. Or at least how unlikely it was that Rick Dempsey with his career .233 batting average was World Series MVP in 1983. Just when Major League Baseball looks predictable and stodgy (a sport that fosters endless debate over the exact dimensions of the strike zone is surely leaning in that direction), somebody throws a curve.

And then came the COVID-19 pandemic.

On Monday and Tuesday nights, the Baltimore Orioles were set to play the Florida Marlins in Miami in only their fourth and fifth games scheduled for the pandemic-shortened season. The games were “postponed” by the coronavirus. Not because anyone involved was unaware the virus existed but because Marlins games are threatening to become their own super-spreader events. At least 17 players and club staff have reportedly tested positive. The outbreak left the Marlins stranded in Philadelphia with MLB deciding by midafternoon Tuesday that the team should sit out for at least a week and the Phillies until Friday as well. In other words, the threat of Orioles Park becoming Baltimore’s biggest hot spot with two Marlins games scheduled to be played there beginning Wednesday has been nullified, at least for now. The O’s are getting the Yankees instead.