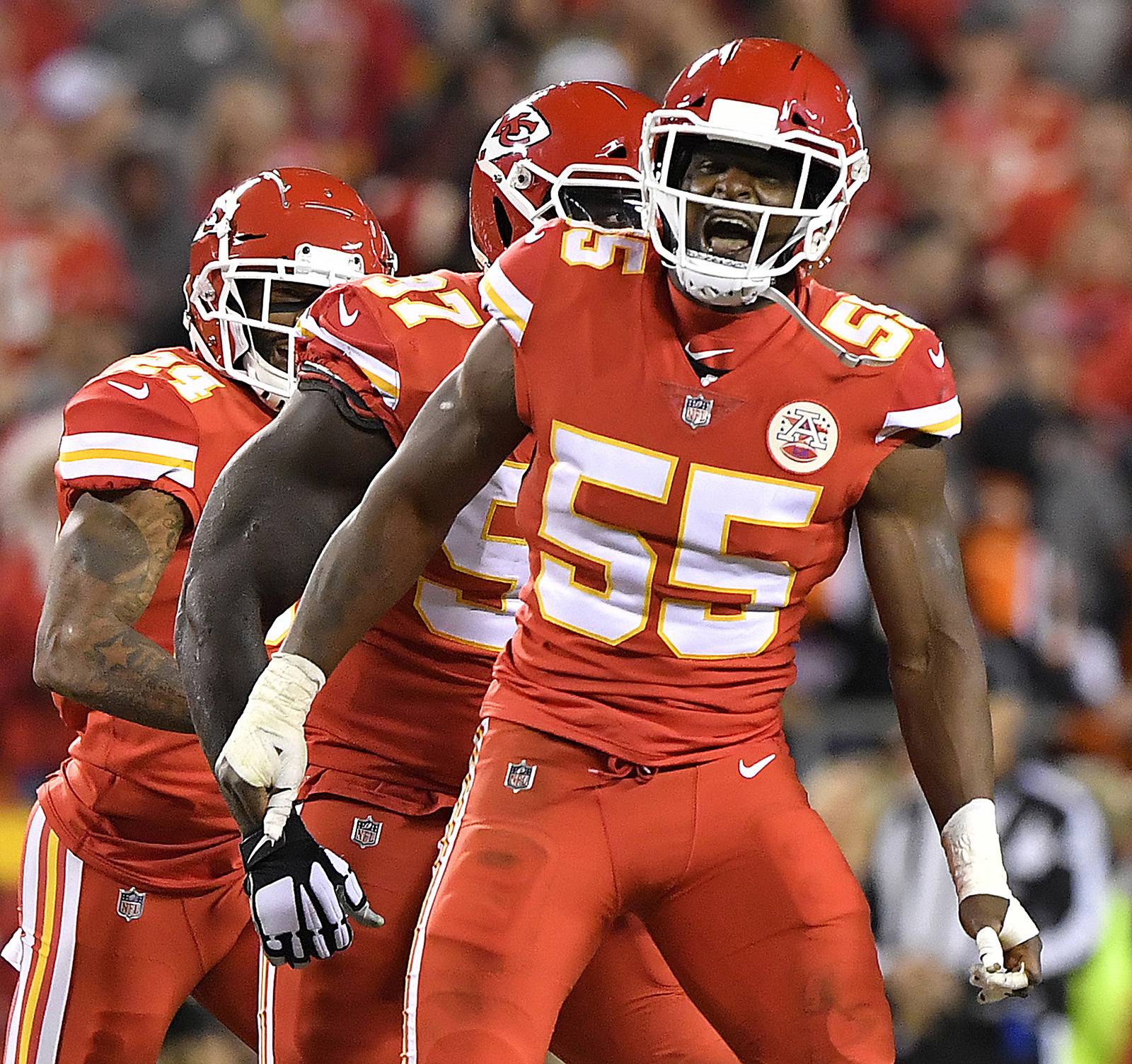 The Chiefs defensive overhaul intensified Tuesday night, this time with a trade sending pass rusher Dee Ford to the 49ers.

Ford, who was franchise tagged by the organization a week ago, will go to the 49ers in exchange for a 2020 second-round pick, a source confirmed to The Star.

According to a report from ESPNs Josina Anderson, the deal is in line to be a five-year contract worth $87.5 million.