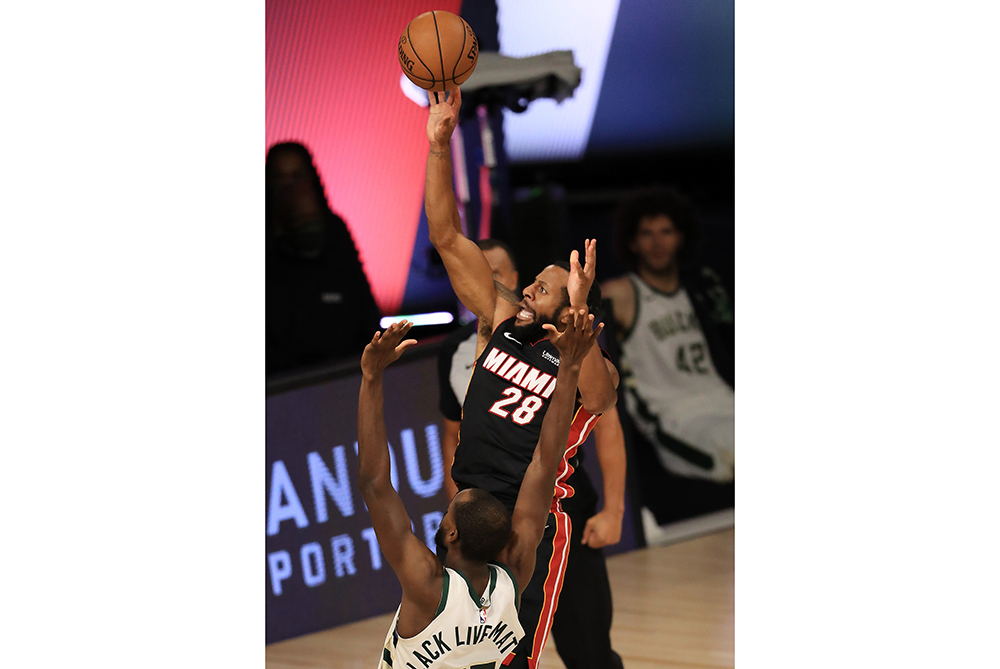 The Miami Heat advanced to the Eastenr Conference Finals Tuesday, after knocking off top seed Milwaukee. The Bucks were without reigning MVP Giannis Antetokounmpo because of an ankle injury.

Andre Iguodala of the Miami Heat drives to the basket during the fourth quarter against the Milwaukee Bucks in Game Five of the Eastern Conference Second Round during the 2020 NBA Playoffs at The Field House at the ESPN Wide World Of Sports Complex Tuesday in Lake Buena Vista, Fla. The Heat won, 103-94. Photo by Mike Ehrmann / Getty Images / TNS

LAKE BUENA VISTA, Fla. (AP) — The fifth-seeded Miami Heat finished off an upset of the NBA’s best regular-season team Tuesday, topping the Milwaukee Bucks 103-94 in Game 5 of their East semifinal series — while Giannis Antetokounmpo, the league’s reigning MVP, couldn’t play because of a sprained right ankle.

Jae Crowder scored 16, Tyler Herro scored 14, Bam Adebayo had 13 and Kelly Olynyk had 12 for the Heat.