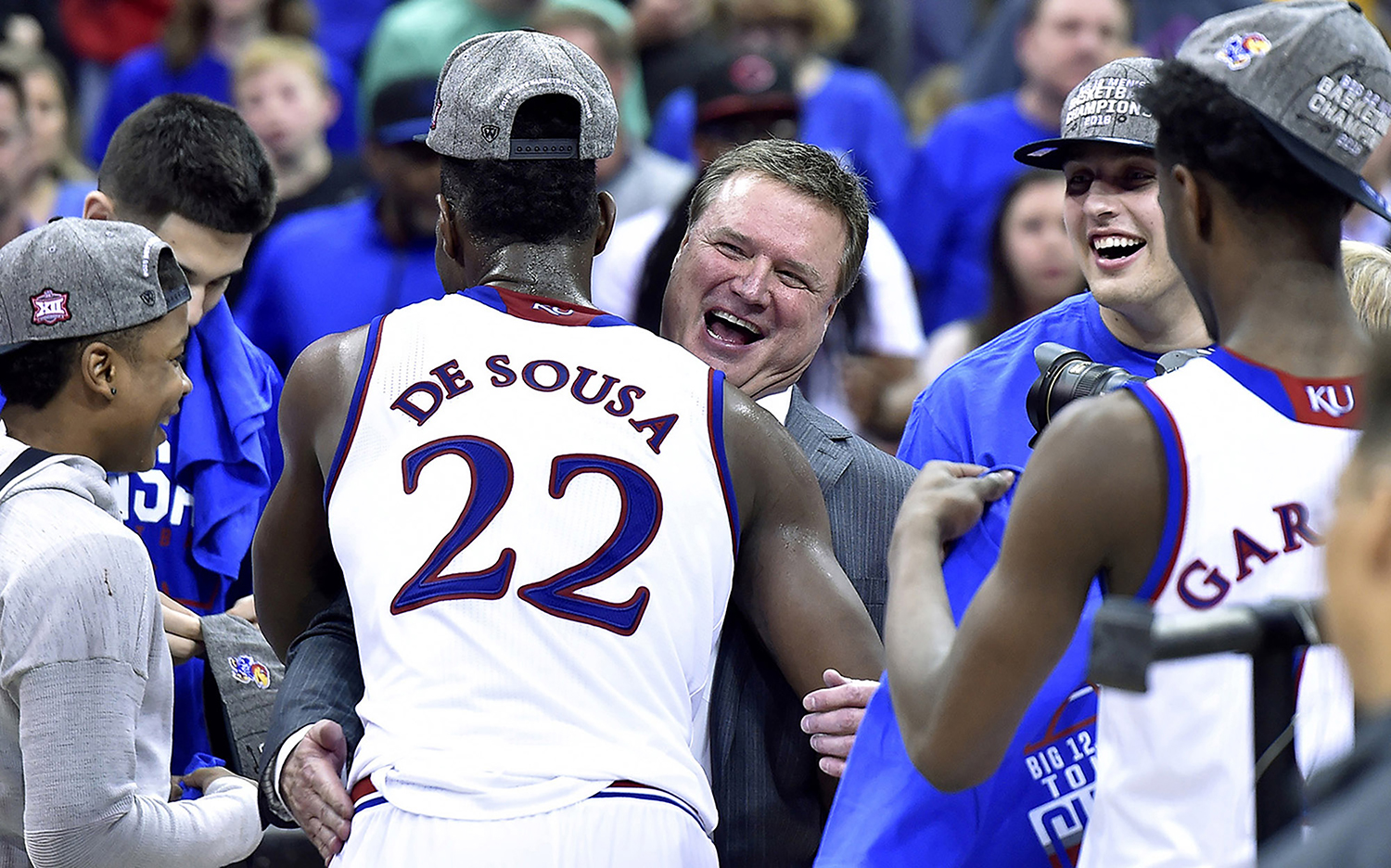 The NCAA has unleashed a response to the University of Kansas and its men’s basketball program on Thursday.

Silvio De Sousa (22) receives a big hug from Kansas head coach Bill Self after an 81-70 win against West Virginia in the Big 12 Tournament championship game on March 10, 2018. Photo by Rich Sugg/Kansas City Star/TNS

LAWRENCE, Kan. (AP) — The NCAA struck back at the University of Kansas and its men’s basketball program Thursday, calling five Level I violations that are alleged to have occurred “egregious” and arguing that they undermine and threaten” college athletics.

In the latest in a series of back-and-forth filings, the NCAA reiterated in a 92-page response its claim that Adidas representatives were acting as boosters when two of them — T.J. Gassnolo and Jim Gatto — helped to arrange payments to prospective recruits. Those transactions became a central point in a wide-ranging FBI probe into college basketball that has ensnared Kansas, Louisville and several other high-profile programs.

“The institution secured significant recruiting and competitive advantages by committing alleged Level I men’s basketball violations,” the NCAA said. “The institution, in taking its defiant posture in this case, is indifferent to how alleged violations may have adversely impacted other NCAA institutions who acted in compliance with NCAA legislation.”