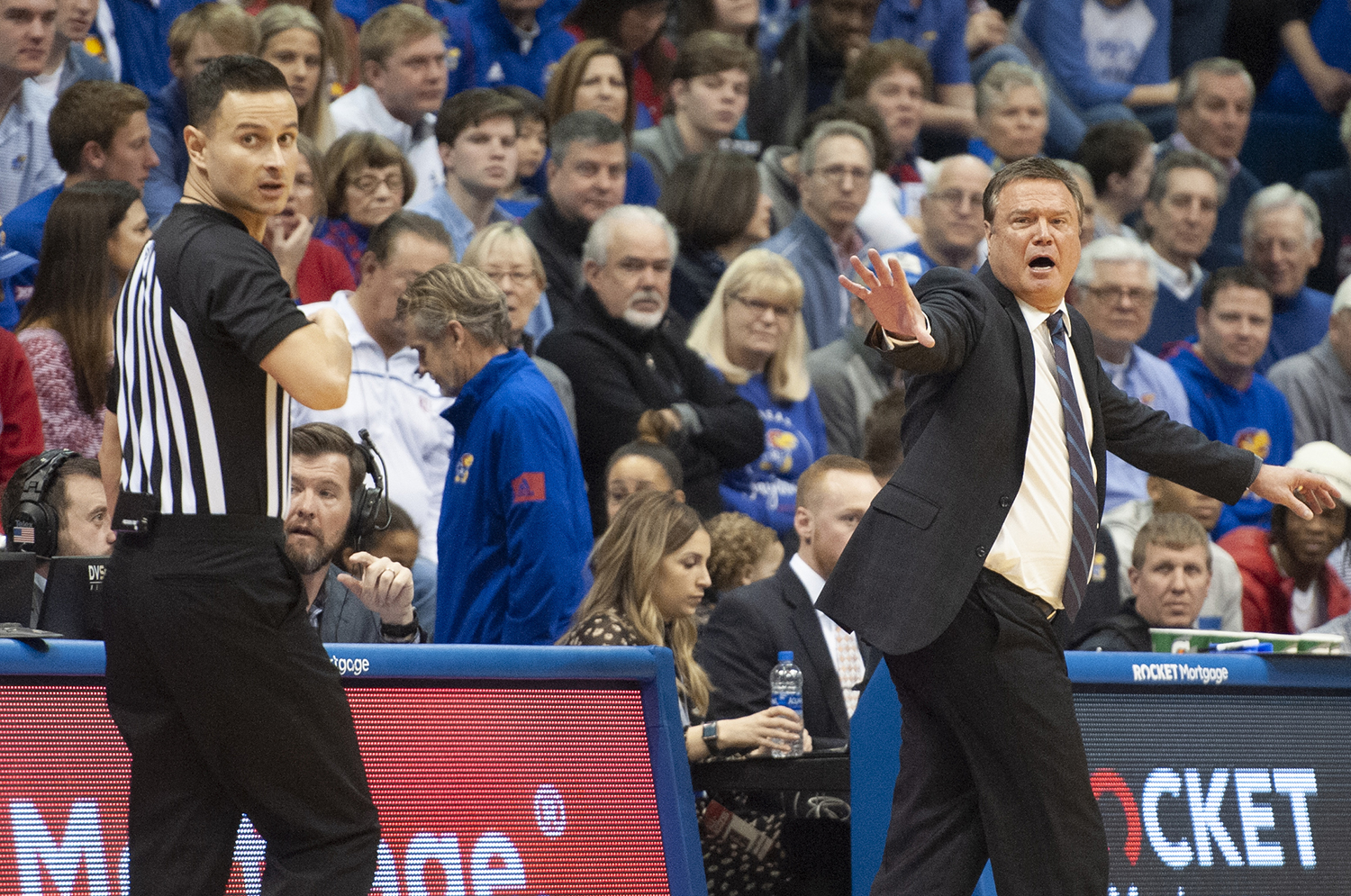 Kansas objects to NCAA charges in response to allegations

Currently atop of the totem pole in the Big 12 and all the NCAA, KU is not willing to back down from charges made against the Jayhawks.

Kansas coach Bill Self communicates at his players form the sideline against Oklahoma on Feb. 15. Photo by Erick Mitchell / Iola Register

LAWRENCE, Kan. (AP) — The University of Kansas forcefully objected to charges that its storied men’s basketball program, currently No. 1 in the nation, and its football programs had committed significant violations tied primarily to recruiting when it issued its formal response to the NCAA’s notice of allegations Thursday night.

In a series of documents totaling nearly 300 pages of arguments and supporting materials, the school claims several facts involving Bill Self’s basketball program are in dispute, including charges that Kansas lacked institutional control and its Hall of Fame coach and his assistant, Kurtis Townsend, had committed a series of high-level violations.

“There is no reasonable conclusion that members of the university, including the men’s basketball staff, knew or should have known about any violations of NCAA rules,” the response said. “Self had no knowledge of any NCAA rules violations or illicit conduct exhibited by Adidas, its employees or its consultants. … Voluminous evidence demonstrates uncontestably that Coach Self did, in fact, promote an atmosphere of compliance.”