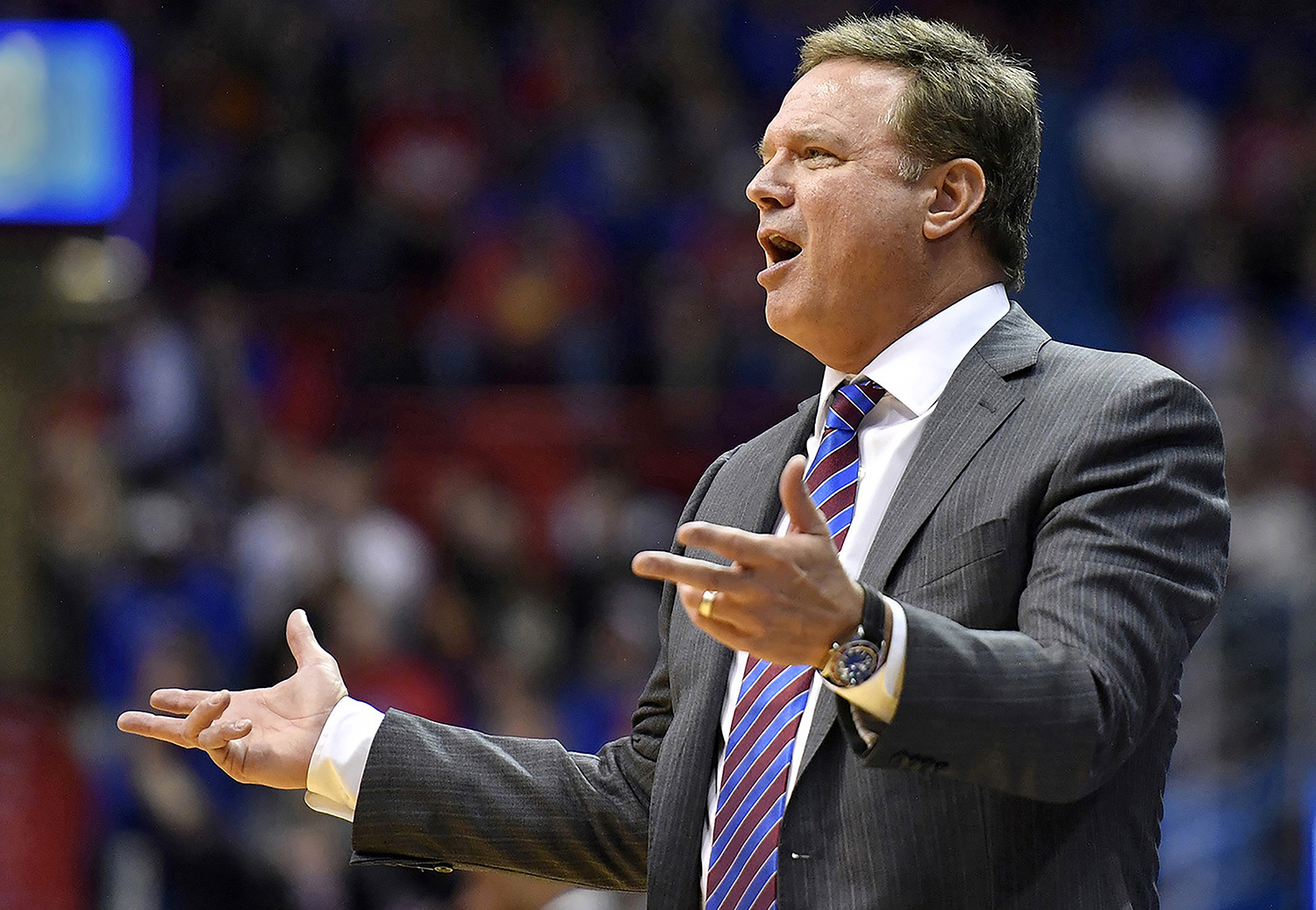 NCAA case against KU hoops is taken for independent review

Infractions committed by the University of Kansas men's basketball program will be moving to an independent investigation process.

In a file image, Kansas head coach Bill Self reacts to a play during the second half against Milwaukee on Dec. 10, 2019, at Allen Fieldhouse in Lawrence, Kan. Photo by Rich Sugg/Kansas City Star/TNS

LAWRENCE, Kan. (AP) — The NCAA’s infractions case against the University of Kansas men’s basketball program has been accepted into a newly created independent investigation process that was created to handle especially complex cases.

The Infractions Referral Committee said Wednesday that the case against the Jayhawks and coach Bill Self would go through the Independent Accountability Resolution Process. The approval is the first significant step in a process that was created in August 2018 to deal with select cases and minimize perceived conflicts of interest.

Kansas has been accused by the NCAA of committing five Level I violations, which are considered the most egregious, as part of the fallout of an FBI investigation into college basketball corruption. The case hinges on whether representatives of apparel company Adidas were acting as boosters when two of them arrange payments to prospective recruits.