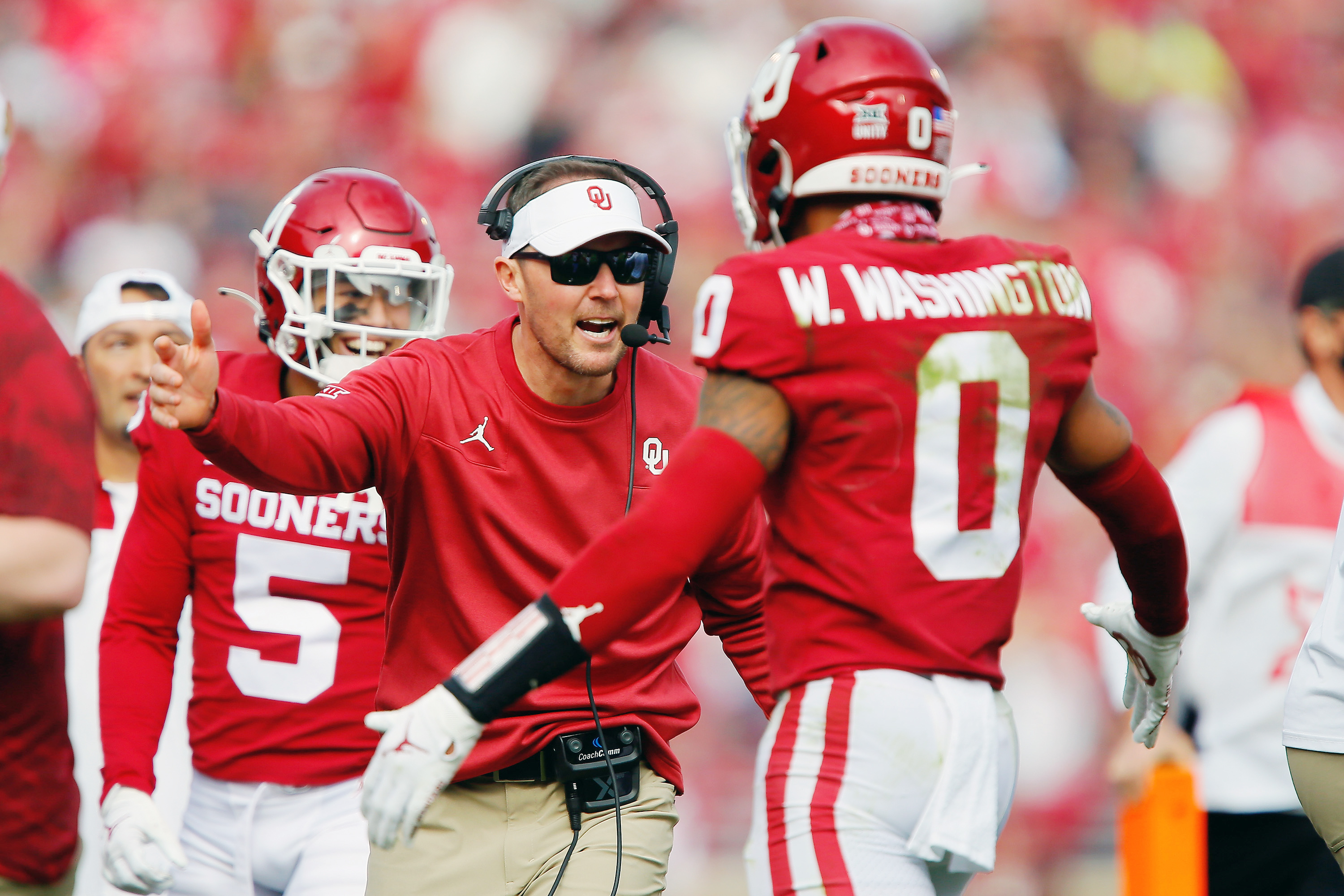 Riley was named the new head coach at USC on Sunday after losing to Oklahoma State on Saturday night in an instant classic.

Head coach Lincoln Riley of the Oklahoma Sooners congratulates cornerback Woodi Washington (0) and the defense after a fumble return for a 42-yard touchdown against the Iowa State Cyclones in the second quarter at Gaylord Family Oklahoma Memorial Stadium on Saturday, Nov. 20, 2021 in Norman, Oklahoma. (Brian Bahr/Getty Images/TNS) Photo by TNS

One of the top coaches in college football is on his way to L.A.

USC is closing its three-month search for a new head football coach with a bombshell hire, landing Oklahoma coach Lincoln Riley to turn around the Trojans program.