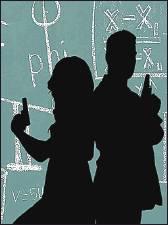 TOPEKA, Kan. (AP)  Kansas schools that refuse to allow teachers to carry guns could be held legally responsible in the event of a tragedy under a proposal drafted after last months mass shooting at a Florida high school.

Opponents of the measure, which got its first hearing Tuesday in front of the House Insurance Committee, expressed concern it could effectively mandate arming teachers rather than allowing it, as several states have done.

It would certainly open the door for that conversation, said Democratic Rep. Brett Parker, an Overland Park school teacher. The further we go down this rabbit hole, the more chance there is for even more obnoxious legislation moving forward.