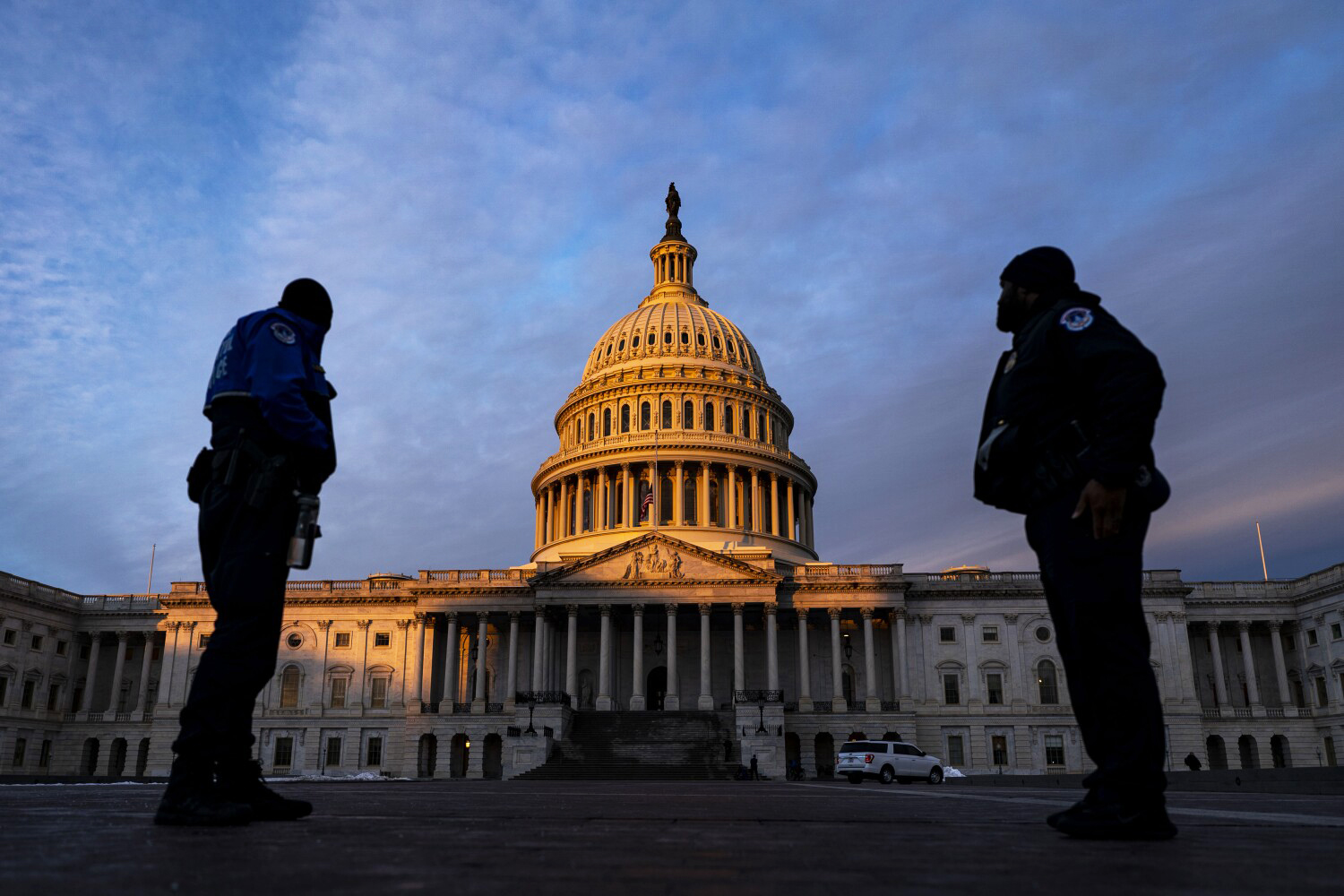 'You can't love your country only when you win. You can't obey the law only when it's convenient. You can't be patriotic when you embrace and enable lies.'

Capitol Police Officers stand on the East Plaza of the Capitol Campus as the dome of the U.S. Capitol Building is illuminated by the rising sun on Capitol Hill on Thursday, Jan. 6, 2022 in Washington, DC. A year ago, an insurrectionist mob stormed the U.S. Capitol Building in hopes of interrupting the certification of the election of Joe Biden as the 46th President of the United States. (Kent Nishimura / Los Angeles Times)

WASHINGTON — Speaking from inside the U.S. Capitol on the anniversary of the Jan. 6 attack, President Biden challenged the nation to reject political violence and rededicate itself to the defense of democracy at a time when lies about the last election have become ingrained in American society.

“You can’t love your country only when you win,” he said. “You can’t obey the law only when it’s convenient. You can’t be patriotic when you embrace and enable lies.”

The speech included Biden’s sharpest and most extended denunciation of former President Trump since taking office last year, criticizing him for “doing nothing for hours” as rioters stormed the Capitol in an attempt to prevent certification of the 2020 election.