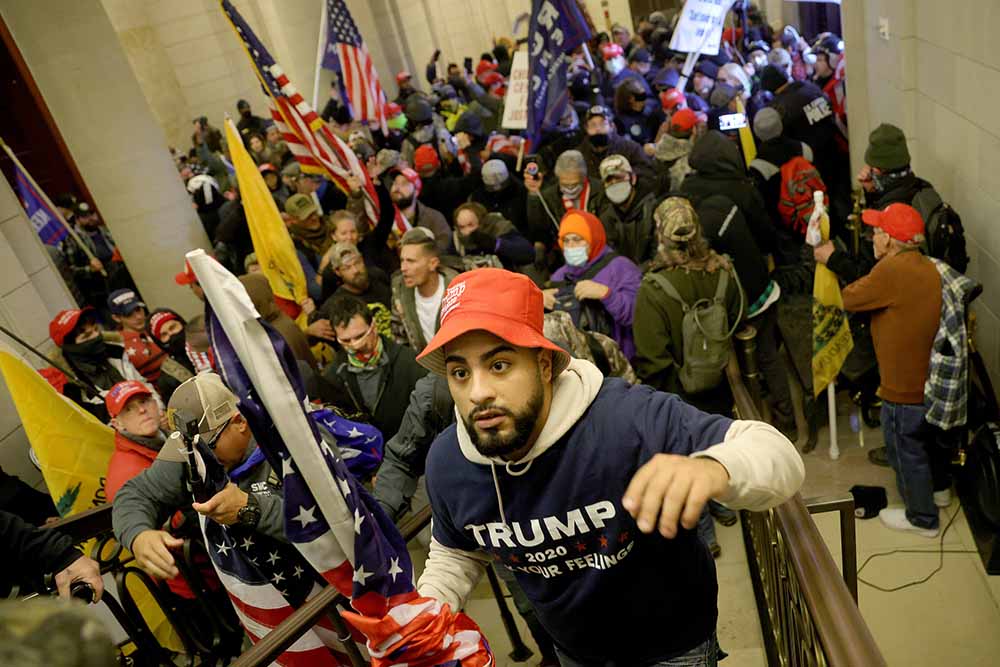 ‘White supremacy was on full display’; examining the double standard

Racial protests over the spring and summer included searing images of protestors injured by police and sprayed with tear gas. Police took a more hands-off approach with the mostly white Capitol protestors.

(TNS) — The image of a young Black man, curled up on a Dallas sidewalk with blood gushing from his left eye after being struck by a police officer’s rubber bullet during a protest for racial justice, was seared into the national psyche last spring.

Days earlier, protesters outraged over the police killing in Minneapolis of another Black man, George Floyd, in late May, sprinted through the streets of a leafy neighborhood as police in tactical gear sprayed the crowd with tear gas.

But this week, as a mostly white mob of extremists loyal to President Trump smashed their way into the U.S. Capitol, at times shoving police officers to the ground, ransacking congressional offices for several hours and posing for photos with stolen items, police took a decidedly hands-off approach.