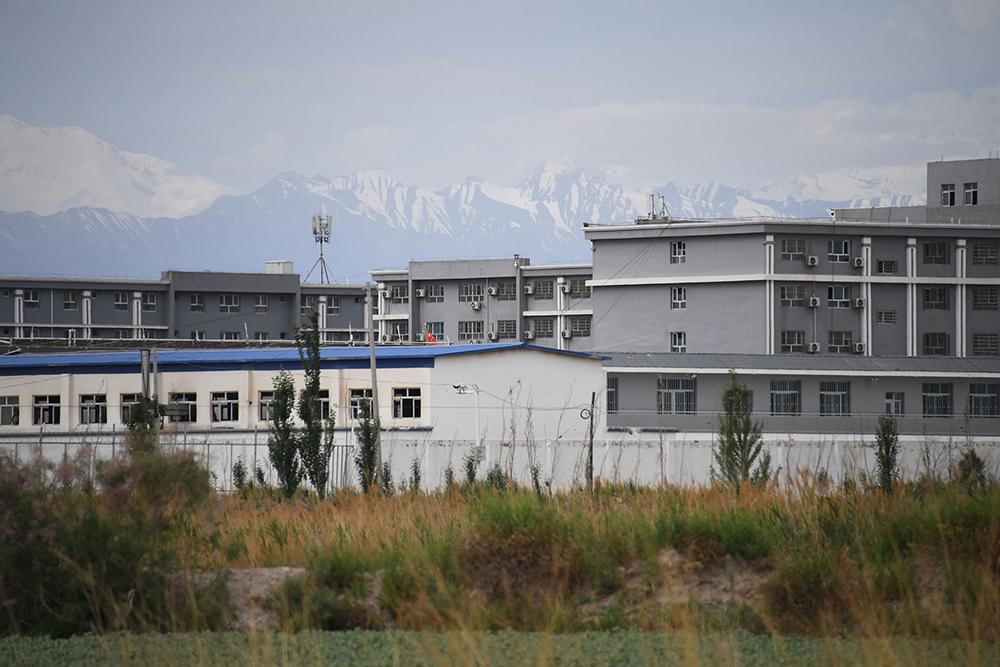 Can we really let China host 2022 Olympics as it commits genocide?

China stands accused of a systematic campaign against its 12-million-person Muslim Uighur minority, including the detention, often accompanied by forced labor and torture, of 1 million people in the past four years.

On June 4, 2019, a facility believed to be a reeducation camp where mostly Muslim ethnic minorities are detained in China's northwestern Xinjiang region. Photo by (Greg Baker/AFP via Getty Images/TNS)

Approximately one year from now, the world’s athletes are expected to gather for the XXIV Olympic Winter Games in a country that the U.S. government officially considers to be engaged in genocide. That country, China, stands accused of a systematic campaign against its 12-million-person Muslim Uighur minority, including the detention, often accompanied by forced labor and torture, of 1 million people in the past four years. China’s abuses also include a crackdown on dissent in Hong Kong, as well as the arrest and jailing, on trumped-up charges, of two Canadians in apparent retaliation for Canada’s cooperation with the U.S. prosecution of a top executive of Huawei, the Chinese telecommunications firm.

It is not too soon to start thinking about how the United States and other democracies, which have also condemned China’s human rights violations — though without invoking the genocide definition — are going to deal with this situation. History counsels caution in boycotting or otherwise politicizing the Games, when it can be avoided, so as not to leave dedicated athletes stranded after years of hard work. Yet history, including the notorious 1936 Games in Hitler’s Germany, also teaches the danger of athletic business as usual with totalitarian regimes.

For the time being, the Biden administration has taken no position on Republican calls for a boycott, or on a different suggestion — moving the Games elsewhere. Partly, this is because the new administration is reviewing the determination that China is guilty of genocide, which was reached by the Trump administration on its last full day. The review is appropriate, even in light of Secretary of State Antony Blinken’s statements that he personally agrees with it. Given the Trump State Department’s low standing in the international community, its pronouncements carry less weight than would a fresh one by Mr. Blinken’s team. And, as State Department spokesman Ned Price noted Thursday, the administration must consult with allies as to the most effective joint approach to the issue.