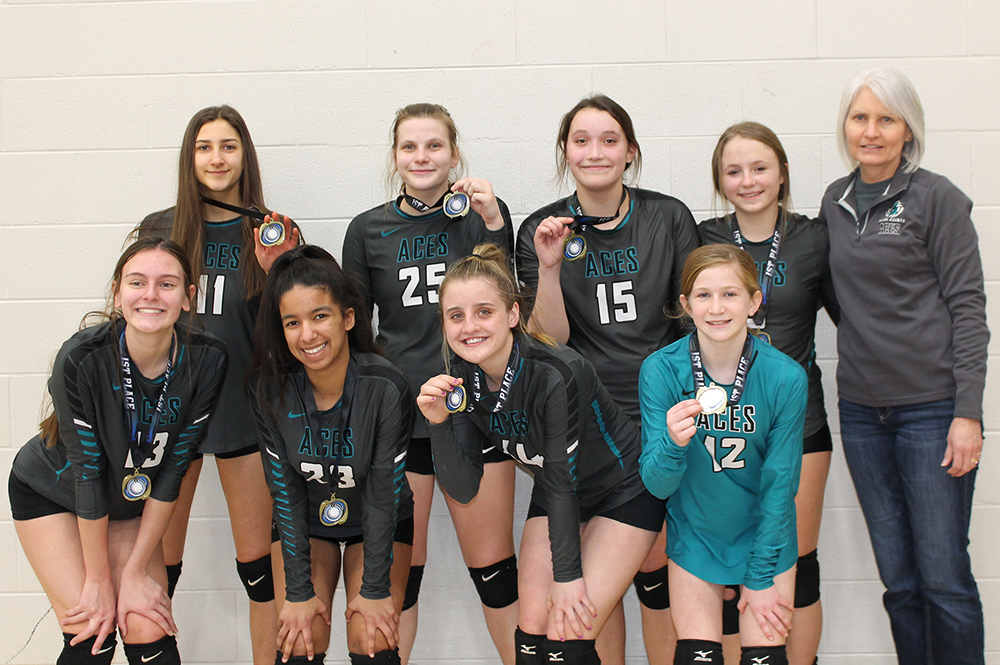 Allen County Aces, a volleyball team featuring players from Iola, Humboldt, Moran and Colony, picked up a tournament win Saturday in Iola. The team is coached by Shelly Strickler.

Aces 15-1 team defeated Chanute in two of three sets to take first place in the tournament.