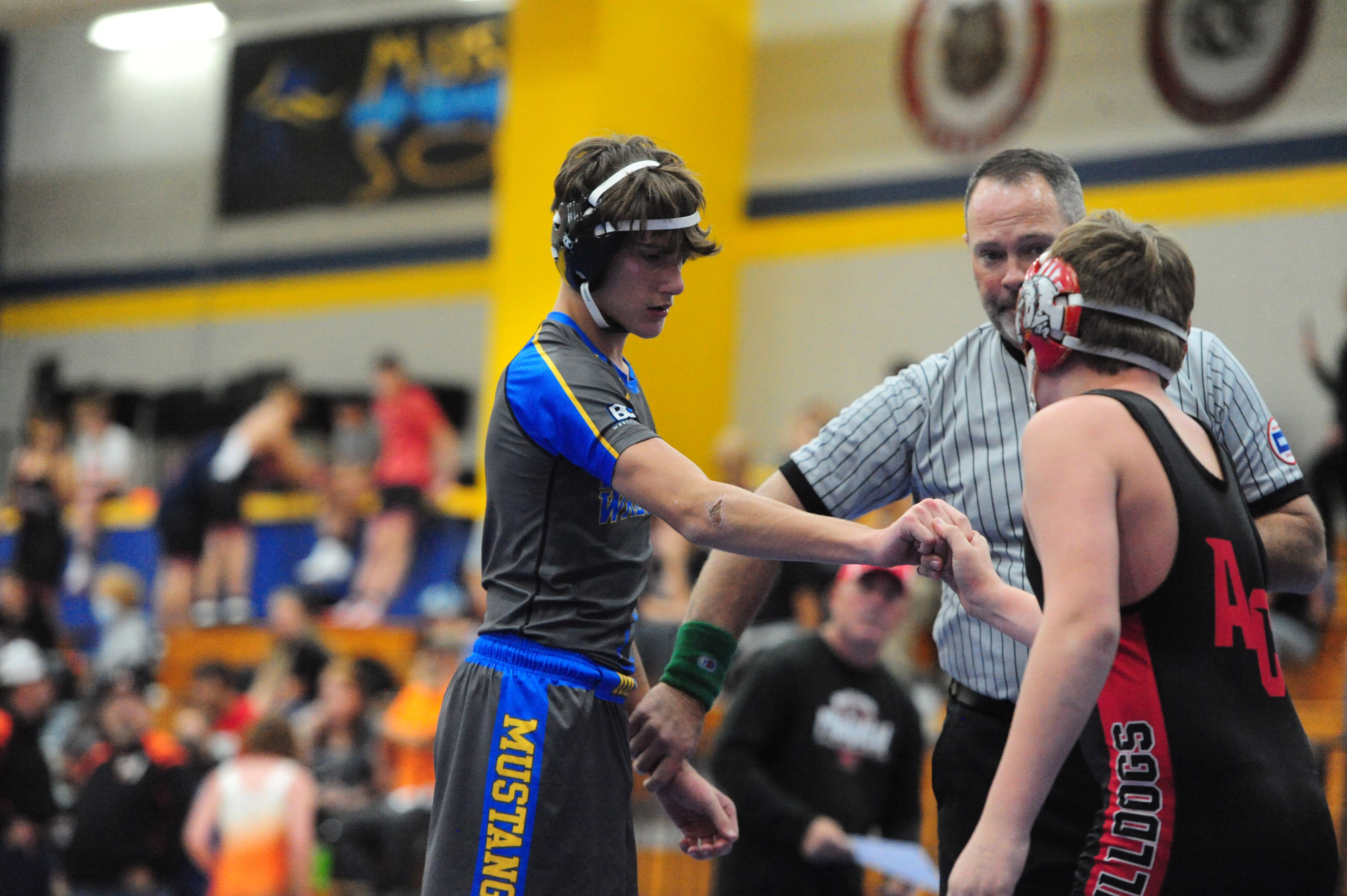 “The team came together this week, sacrificing personal gains so we would have the best chance at scoring points,” said IMS head coach Jason Bates. “Their selflessness paid off. The team finished as Pioneer League runner-ups, the highest league finish for IMS.”

Ruger Boren won in the 82-87 lb. weight class to be crowned Pioneer League champion. Boren was 2-0. Both wins came via pinfall in under a minute.