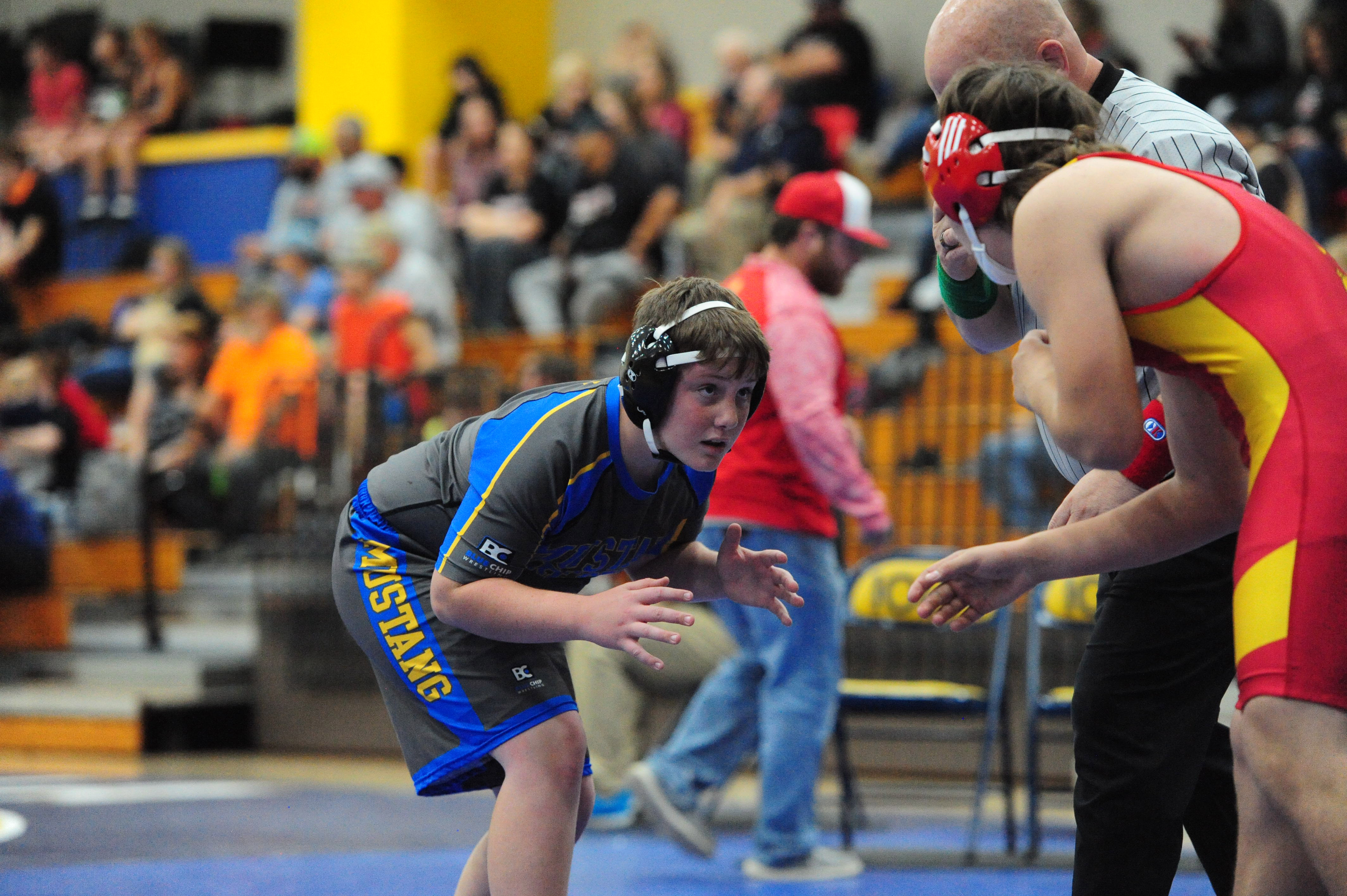 The Mustangs took the top team prize and a handful of firs place awards in individual competition.

“The team has improved a lot since our first tournament a week ago,” said IMS head coach Jason Bates. “For many of them, this is their first year wrestling. Competition is so much different than practice. Our philosophy is that repeated actions are stored as habits. If the repeated actions are fundamentally sound, then what comes out in competition will be sound.”

IMS’ Keegan Hill won in the 95-102 lb. weight class. Hill was undefeated on the night, all three wins came via pinfall in under two minutes.