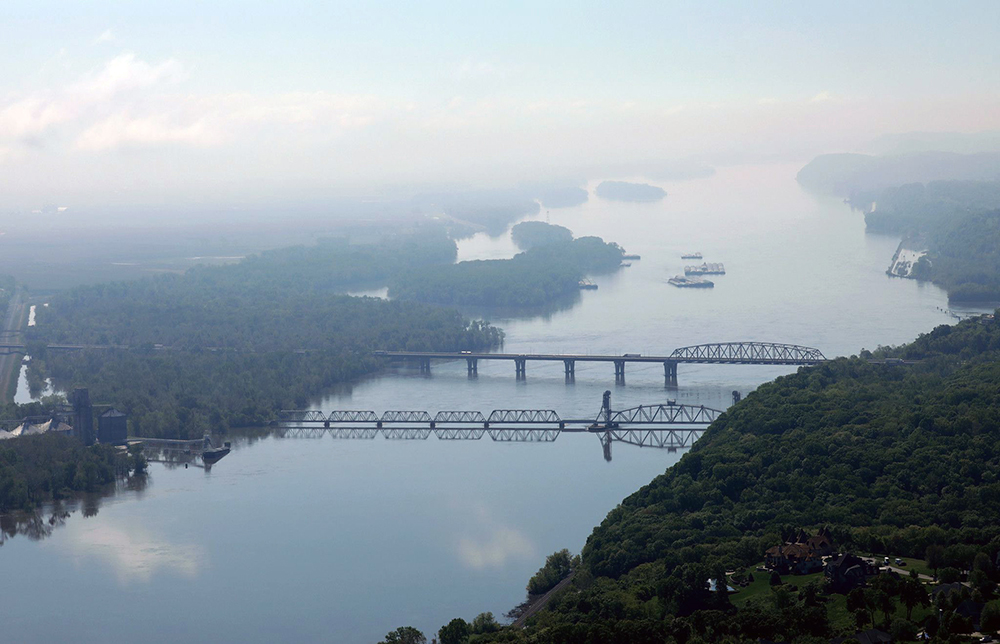 The Mississippi River has many nicknames. Now it has a new one: America’s "most endangered river."

The Mississippi River near Hannibal, Mo., in May 2019. Photo by (E. Jason Wambsgans / Chicago Tribune / TNS

CHICAGO — The upper Mississippi River, from its headwaters in Minnesota to the southern tip of Illinois, has been named the most endangered river in the United States, according to an annual list released by American Rivers, a national advocacy group.

Citing record-breaking flooding in 2019, which left cities, towns, farm fields and marshlands along the river waterlogged for months, the group urged federal, state and regional leaders to work toward solutions that allow the landscape to hold more water and give the river room to flood safely.

American Rivers says development, crop drainage systems, levees, disparate flood plain management and climate change in general have made the Mississippi River less stable and more prone to flooding. The situation not only puts people at risk, the group argues, but harms fish habitats and essential ecosystems along the river.