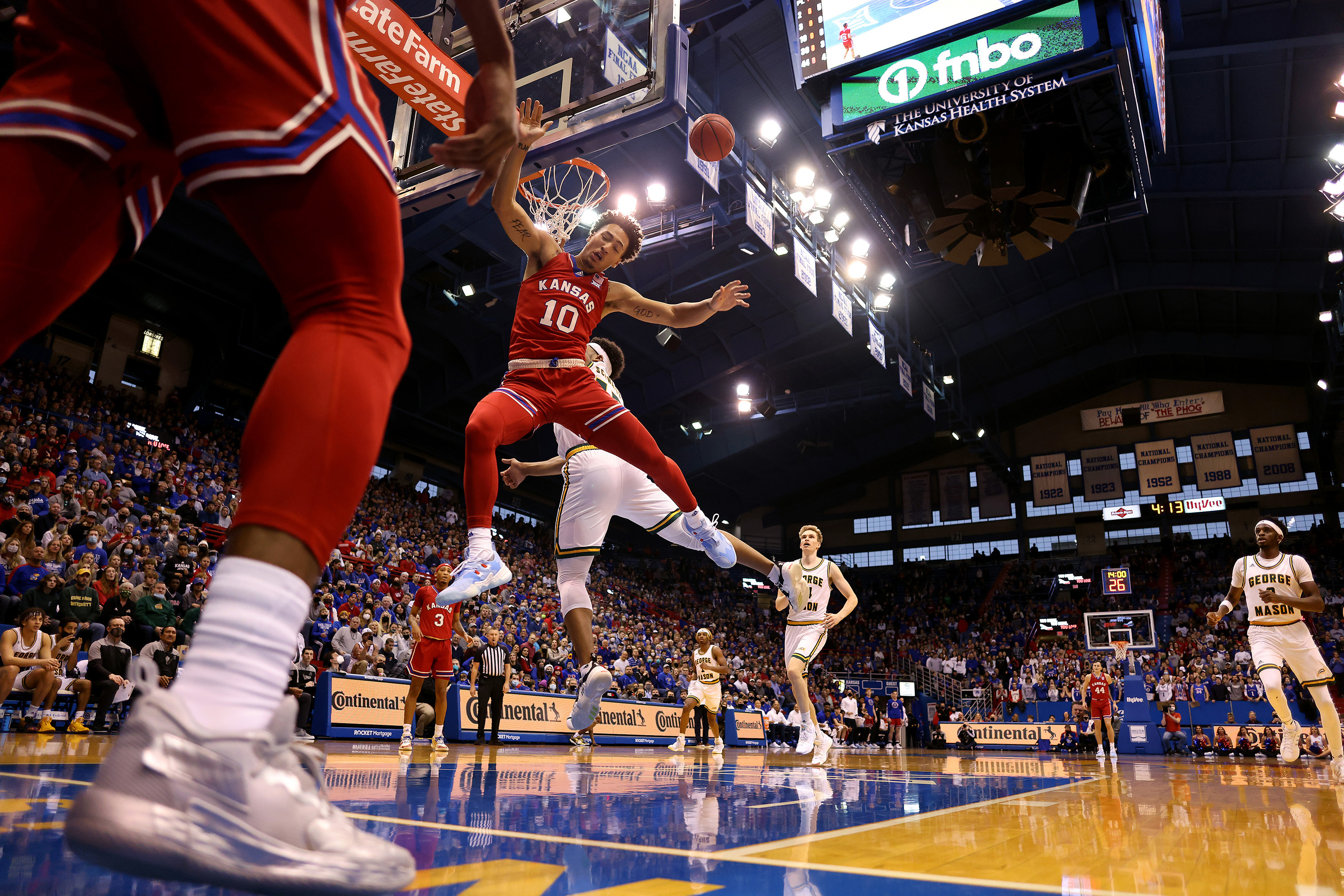 The Jayhawks bench came in clutch against George Mason as Kansas opened 2022 with a 76-67 win on Saturday. Jalen Coleman-Lands had 20 points, while Mitch Lightfoot had 14.

Jalen Wilson (10) of the Kansas Jayhawks is fouled by D'Shawn Schwartz (15) of the George Mason Patriots on a fast break at Allen Fieldhouse on Saturday, Jan. 1, 2022 in Lawrence, Kansas. (Jamie Squire/Getty Images/TNS) Photo by TNS

Coleman-Lands came off the bench to hit five 3-pointers and score 20 points, Lightfoot hopped up after him and scored 14, and together they helped No. 6 Kansas hold off the Patriots 76-67 on Saturday in a late addition to the schedule.

“I think the bench went (16 of 19) from the field. That was something we needed,” said Lightfoot, who shot 7 of 7. “We just want to go out there and produce for our guys and give us the best ability to win.”