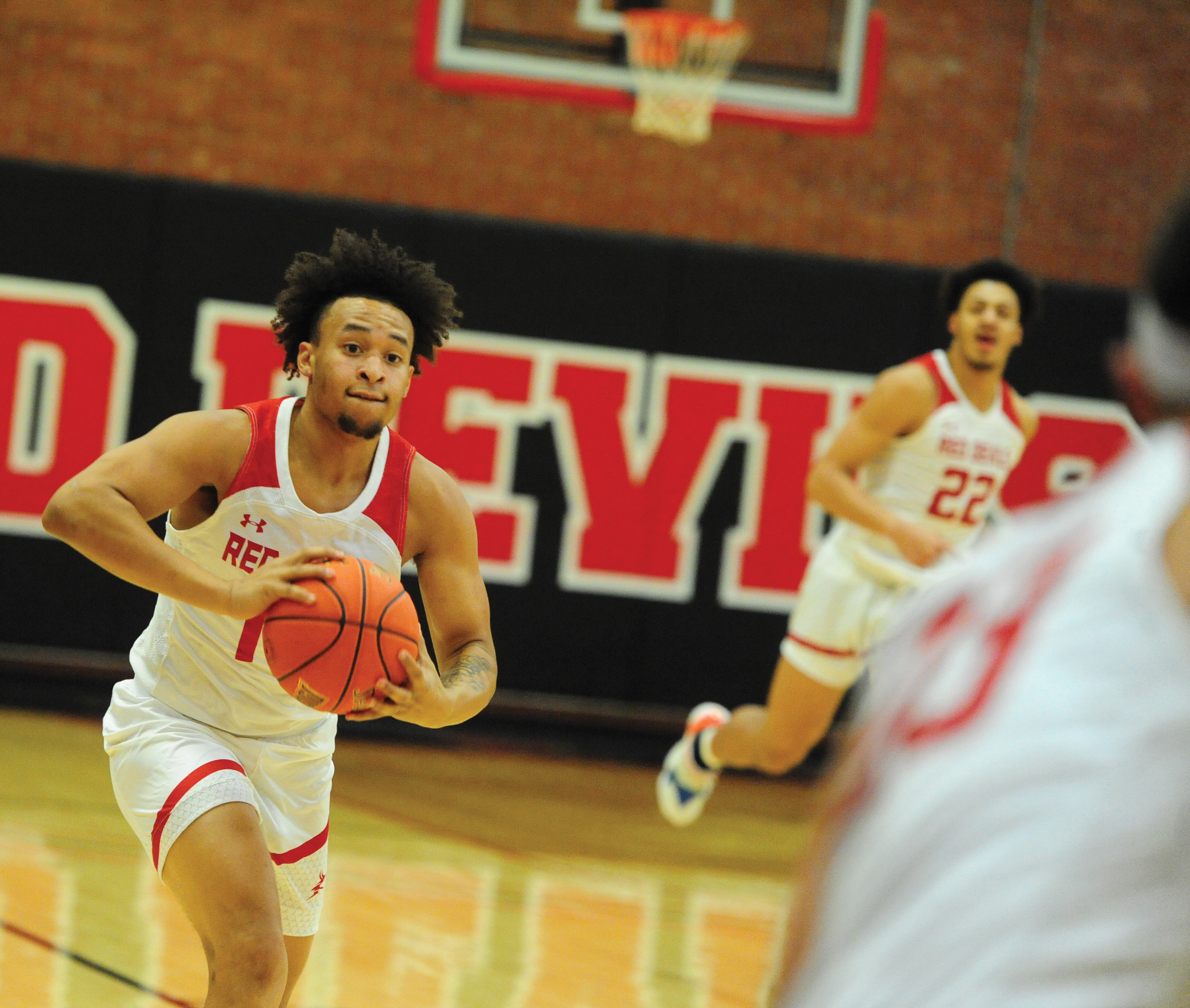 Allen's KJCCC slate is off to a great start. The Red Devils got a 10 point win over Labette County on Wednesday night. Ed Wright has a monster night with 36 points.

The Allen Red Devils are on a roll. After winning their first game last week, they defeated Labette County 81-71 on Wednesday to open conference play.

Allen’s defense clamped down while the Red Devils got to work offensively, going on a 10-2 run to open the action. The Red Devils took advantage of holes in the Cardinal defense to find open three pointers and drain them. One key for the Red Devils was ball control. Allen turned the ball over only three times in the first half, holding onto an 18 point lead.

The Red Devils stretched their lead out to as much as 24 points in the second half but Labette County came roaring back when Allen started to lose control of the ball. The Cardinals closed the lead to as few as eight points but could never get closer, as Allen was sent to the free throw line often in the late stages of the game, shooting effectively from the line. Nine Red Devils contributed offensively for Allen in the win.