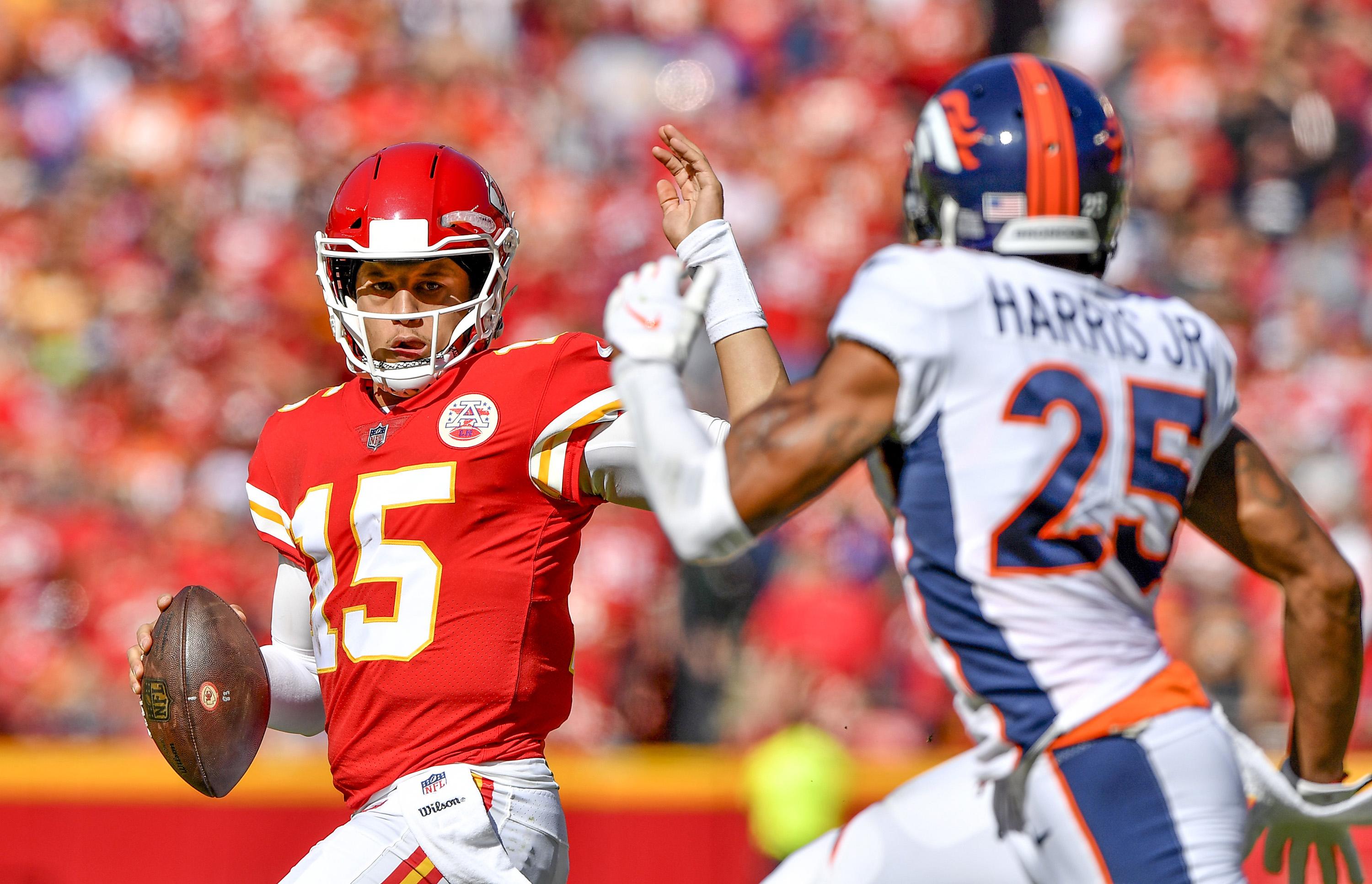 Everyone chases Todd Gurley on the football field, but it seems the Rams running back has some catching up to do.

Patrick Mahomes isnt only putting up jaw-dropping numbers  26 touchdown passes with six interceptions through the first eight games  but also the Kansas City Chiefs quarterback appears to be taking a big lead in the NFL most-valuable-player race.

The Los Angeles Times did an informal survey of the 2017 Associated Press voters  there are 50 of them in media, and they generally stay the same from year to year  and of the 34 respondents, 18 picked Mahomes and 10 chose Gurley.

Sports
Patriots win snoozer Super Bowl LIII
Sports
Mahomes went to school on his mistakes in Chiefs loss to Rams
Sports
Chiefs vs. Rams tonight figures to be nothing less than super
Sports
Mahomes hopes to buck another trend